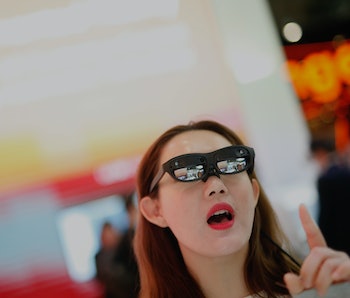 The novel coronavirus that has the world in panic mode — over 1,000 people have died and more than 43,000 have been infected since the outbreak late last year from Wuhan, China — has its next target in sight: Mobile World Congress (MWC).

The mobile show in Barcelona runs between February 24 to 27 and is expected to be the stage for several major phone launches from the largest device makers. But weeks ahead of the show, LG, Ericsson, Nvidia, Sony, Amazon, Intel, Vivo, and MediaTek have withdrawn entirely from the mobile show; ZTE has canceled its press event, over safety concerns for their employees, but will still have a smaller presence.

ZTE told The Verge, issues booking flights from China (many cities have locked down airports with no flights in or out) and obtaining visas, as well as fears of xenophobia contributed to it pulling out of the show. LG issued a statement with similar reasons. "This decision removes the risk of exposing hundreds of LG employees to international travel which has already become more restrictive as the virus continues to spread across borders," Korean electronics company said in its press release.

Although ZTE's press conference is merely canceled, the company will still have a booth and presence at MWC the company clarified:

Ericsson announced on February 7 it has withdrawn from MWC. "As one of the largest exhibitors, Ericsson has thousands of visitors in its hall each day and even if the risk is low, the company cannot guarantee the health and safety of its employees and visitors," the company said in a press release.

"The health and safety of our employees, customers and other stakeholders are our highest priority. This is not a decision we have taken lightly," Ericsson president and CEO Börje Ekholm said. "We were looking forward to showcasing our latest innovations at MWC in Barcelona. It is very unfortunate, but we strongly believe the most responsible business decision is to withdraw our participation from this year’s event."

Nvidia followed suit on February 7 with a similar withdrawal from MWC.

"We’ve informed GSMA, the organizers of MWC Barcelona, that we won’t be sending our employees to this year’s event," Nvidia said in a blog post. "Given public health risks around the coronavirus, ensuring the safety of our colleagues, partners and customers is our highest concern."

"We regret not attending, but believe this is the right decision," the company added.

On February 10, both Sony and Amazon announced plans to withdraw from the conference. Both cited caution around the outbreak of the coronavirus, and Sony stated in its press release that it would make its planned announcements via its YouTube channel on February 24.

On February 11, Intel, Vivo, NTT, and MediaTek all said they, too, were putting the safety of their employees first and withdrawing from the show.

Similarly, TCL has canceled its press conference to announce new device(s), but says it will still be attending the show.

More Chinese brands might pull out? — At this time, the GSMA says MWC is still scheduled to take place saying "there is minimal impact on the event thus far." However, this could change very quickly over the next couple of days and weeks.

While LG, Ericsson, and Nvidia pulling out could be considered major blows to MWC, Samsung, the world's No. 1 smartphone vendor, hasn't canceled plans yet. Sony and Nokia are still attending as well.

The big question will be whether or not other Chinese brands cancel their MWC plans. If Huawei, the No. 2 phone maker, drops out, MWC won't be much of a show this year. As of February 5, Huawei said it still planned to have events at MWC.

Better safe than sick— Dropping out of MWC this year might not be a terrible idea. Not only is arranging travel plans into and out of China a hassle for Chinese companies with all the new travel restrictions that have been put into place since the coronavirus was declared a global emergency, but the risk of infecting others (if someone has it and doesn't know) or catching the virus isn't worth it. New phones are the last thing that matters right now.

iPhone shipments, for example, are expected to be lower due to factory shutdowns. It's also widely being circulated that the Motorola Razr's launch has hit roadblocks — customers who pre-ordered the foldable phone are literally seeing confirmations that say their phones are still "being built" — and will likely see delivery delays.

Events like Huawei's HDC.Cloud 2020 developer conference that was originally scheduled to take place in Shenzhen, China on February 11 to 12 has been rescheduled for late March. It could be pushed further back if the coronavirus situation isn't improved by then.

The impact of the coronavirus won't be known felt until the outbreak is contained and business returns to normal, which could be a long time. With so much disruption, companies with any business dealings in China will no doubt see their roadmaps affected in some way. The global economy's reliance on China is being stress-tested to its limit. It'll be fascinating to see in the aftermath whether companies diversify their business beyond the country so that a crisis like this won't be as disruptive in the future.

Update: Added clarification that ZTE has canceled its device press conference, but will still be attending the show with a booth.

Update 3: Added information about Nvidia withdrawing from the event.

Update 4: Added information about Sony and Amazon withdrawing from the event.

Update 5: Added information about Intel, Vivo, NTT, and MediaTek withdrawing from the show and TCL canceling its press conference.