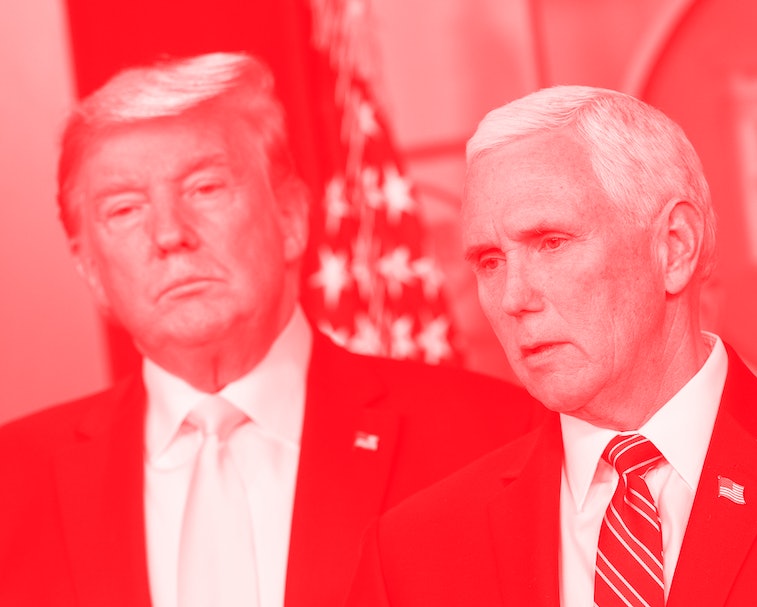 Donald Trump’s administration recently held a meeting over two hours with big tech giants like Facebook, IBM, Microsoft, Twitter, Cisco, and others to collaborate and form a cohesive and analytical response to the coronavirus outbreak in the United States, The Washington Post reported. The administration also announced a 30-day travel ban that'll stop people traveling from Europe to the U.S., much to the ire of European policymakers.

White House (finally) gets serious — Although the White House has yet to reveal more details about its meeting with key tech players, a March 11 press briefing about the White House Coronavirus Task Force notes that the government is working on mitigation strategies with the help of communities, businesses, and healthcare organizations.

Mounting criticism against the administration’s delayed and weak strategy to address the deadly COVID-19's spread has finally jolted officials awake. As The Hill reports, United States Chief Technology Officer Michael Kratsios urged industry experts to join the administration in an "all-hands-on-deck effort" to tackle the virus.

Changing gears and tone — This sudden seriousness to acknowledge and grasp the severity of COVID-19 is a decidedly different tone compared to the one Trump took previously concerning the deadly respiratory disease which has infected (and affected) at least 100,000 people around the world. On March 9, the president tweeted, "So last year 37,000 Americans died from the common Flu."

"It averages between 27,000 and 70,000 per year," he went on to add. "Nothing is shut down, life and the economy go on. At this moment there are 546 confirmed cases of CoronaVirus, with 22 deaths. Think about that!" In another tweet on the same day, amid reports about plummeting oil prices around the world, Trump blithely commented, "Good for the consumer, gasoline prices coming down!"

Through this tech-centered approach, experts within the industry will hopefully equip White House officials with COVID-19 data as well as actual knowledge on the matter from medical experts and epidemiologists. It may not permanently end the spread but it's an approach that is exponentially more helpful than cheering gas prices on Twitter. Or making false claims about U.S. healthcare providers' plans to combat the virus, as Trump did in his disappointing address to the nation on Wednesday.