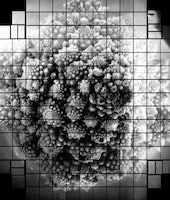 The number of 4K ultra-HD displays needed to display a full image.

The Department of Energy’s SLAC National Accelerator Laboratory has revealed the first photos taken with sensors for a camera soon to be in use at the Vera C. Rubin Observatory in Chile. The arduous process of building the camera has yielded 3,200-megapixel images that can pinpoint small objects from miles away and capture extremely dim objects not visible to the naked eye. Once the camera is set up in the Rubin Observatory, it will take a panorama of the entire Southern sky every few days for 10 years.

A powerful camera — The camera is the largest digital camera in the world and produces images with unparalleled resolution. The design of the telescope will allow the sensors to capture images 100 million times dimmer than what we can see on our own — the equivalent of seeing a candle from thousands of miles away. To even view these images, you would need nearly 400 4K ultra-HD TVs to see every detail in full thanks to its 189 16-megapixel sensors.

These sensors, called charge-coupled devices (CCDs), are assembled nine at a time into squares to create a raft. Twenty-five rafts, only 21 of which include these CCDs, were then placed in a grid to create the extraordinary focal plane capable of these images. These thin rafts cost $3 million each and crack if they touch each other, making assembly a painstakingly delicate process. The team used pinhole projection to take demo images of a head of Romanesco to showoff the detail the sensors can capture.

What’s next? — The sensor grid, cooled to its operating temperature of negative 150 degrees Fahrenheit, will soon be placed into a massive camera body along with the world’s largest optical lens, other lenses, a shutter, and a filter-exchange system for color studies of the night sky.

At the Rubin Observatory, the panoramas the camera takes will provide data for the Legacy Survey of Space and Time (LSST). The LSST is a catalog containing galaxies more plentiful than living people on Earth and other astrophysical objects. The camera is expected to be in use by mid-2021.