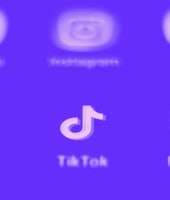 The music streaming wars could be getting some serious competition in 2020. Bloomberg reports that ByteDance, TikTok’s Chinese parent company, has been testing a music app in India and Indonesia for about six months. The app, Resso, aims to compete with Spotify in two of Asia’s most populous nations by leveraging TikTok’s clout and cribbing aesthetics from similar apps.

Vibing with Resso — Resso was developed by New York’s Moon Video Inc. and pulls the best parts of Apple Music, Spotify, and TikTok. In India, Resso’s paid plan costs as much as Spotify Premium (approx. $1.70). While the app only garnered 27,000 downloads across iOS and Android devices so far, established streaming services must be feeling shook.

Swiping between tracks uses an up-down motion instead of the typical left-right design, and users can comment on their favorite tracks (Android Authority has a good rundown here). Resso also offers realtime lyrics and users can share specific lyric quote cards with their friends. “Vibes” (both the actual name of a feature and a state of being Gen Z is obsessed with) gives users the opportunity to add photos, gifs, or videos to tracks.

But can it scale? — After ByteDance simply hinted at a new music app in November, Spotify’s stock wobbled. Resso currently has licensing deals with India’s biggest music publishers and is in talks with the international Big Three: Universal Music, Sony Music, and Warner Music.

Starting in emerging markets allows ByteDance to work out the kinks away from the scrutiny of U.S. lawmakers, but others are still paying attention. Spotify and China’s Tencent entered into an alliance two years ago, so how these market-leading companies respond to a new competitor could affect Resso’s growth outside of the U.S.

This article was originally published on Dec. 12, 2019