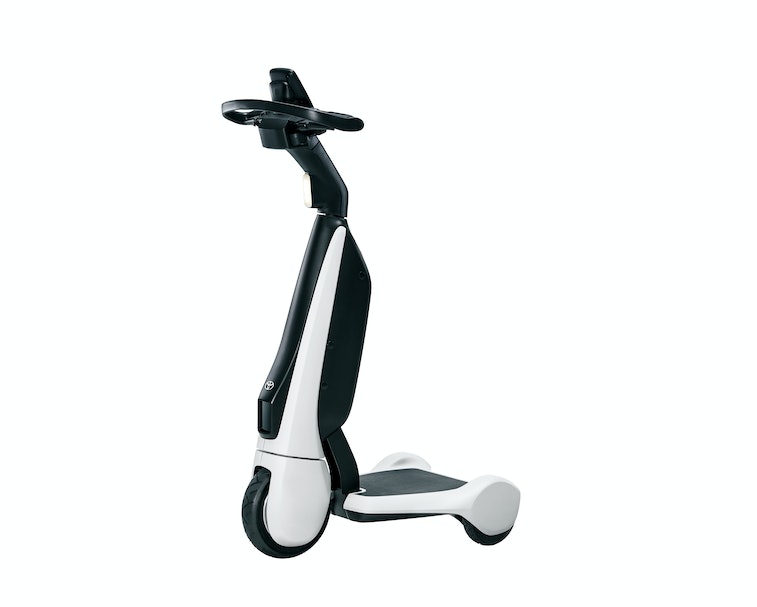 Toyota has been stubbornly slow to introduce new electric cars (though it says they’re coming), but it’s at least releasing an electric vehicle of some kind. The automaker last week debuted the C+walk T, a three-wheeled people-mover that travels at human walking speeds and is meant to aid people who may have mobility issues, or otherwise spend a lot of time on their feet.

In a press release, Toyota explains, “In terms of potential corporate usage scenarios, the C+walk T can be used to travel across large-scale facilities or to ease the burden of walking on elderly users engaged in security work, and can also be used on activity tours that take place inside parks and other facilities.”

Purely practical — The confusingly-named C+walk T only travels at top speeds of six miles an hour, so you’re not going to use it for fun. It’s more like the slow-moving scooters you see used by mall security to keep them from experiencing foot pain from long periods of walking. The C+walk T also uses obstacle avoidance technology that will automatically slow the scooter as you approach objects, like other people.

For people who cannot stand, the device can be attached to a wheelchair so the user doesn’t need to continuously maneuver the chair and get fatigued. This is also useful because people who have mobility issues related to walking, like the elderly, often also have issues related to standing for long periods of time.

Toyota says that the vehicle can travel about 8 miles on a charge. That’s not huge, but the battery can be hot-swapped on the fly.

The C+walk T is available in Japan for about $3,000. No word on whether it will come to other markets. Besides the C+walk line, Toyota last year unveiled a C+pod, an ultra-compact electric vehicle for the Japanese market. Think the smart car, but from Toyota. Those types of vehicles aren’t popular in the United States, so we wouldn’t imagine see it here.