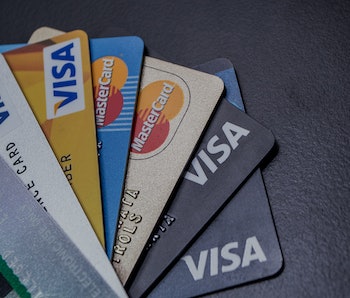 Visa says it has created an advanced machine learning algorithm that can approve credit card transactions even when a bank's network is down or unresponsive. The algorithm is said to be 95 percent accurate in mimicking the bank's decision whether to approve or decline a transaction.

The algorithm works by analyzing all the activity of a particular cardholder to learn their habits. If you normally spend a lot of money on OnlyFans, for instance, the algorithm should understand that behavior as legitimate and be able to approve the transaction.

Deep learning — Artificial intelligence is good for this type of purely analytical decision-making because the algorithms can take into account billions of pieces of data to generate profiles of people. The "deep learning" variant of AI that Visa is using is supposed to mimic human neurons to make connections like a human would. If it were looking at a picture of a dog, for instance, it would recognize the type of animal by identifying all the traits and assessing them against its existing knowledge of what a dog looks like.

Keep the money flowing — Typically Visa merely acts as an intermediary, transmitting transaction data from a merchant to the bank, which makes all approval decisions itself. Like any network, banks can experience outages sometimes and Visa says that leads to millions of transactions being unexpectedly declined each year, a poor experience for customers. So the company is essentially creating a fail-safe that will ensure transactions keep flowing.

Food fight — The new algorithm could help Visa convince merchants and banks that the processing fees it charges are reasonable. The company last year settled a legal battle with Kroger after that grocery chain stopped accepting Visa cards over what it said were high fees. Merchants frequently complain about the "interchange" fees that card networks like Visa charge to settle transactions, but the networks say those fees go towards supporting fraud prevention and security services like this new algorithm.