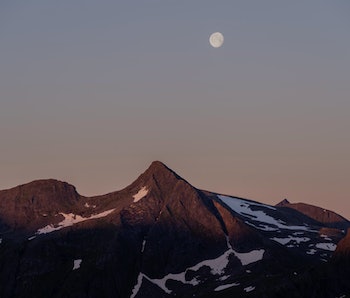 NASA hopes its Artemis mission will not just extend America’s influence beyond the Earth, but also mark the first time a person of color has landed on the Moon. NASA famously put astronauts on the Moon in the 1960s and ’70s, but they were all white men. The agency has already announced the goal of using Artemis to land a woman on the lunar surface.

Space belongs to all — The announcement by NASA follows the Biden administration’s release of its 2022 discretionary budget request, which includes $24.7 billion for the government space agency. Acting NASA Administrator Steve Jurczyk says the major commitment to NASA will help it make the historic journey to the Moon and further its equity goals. The request still needs to be approved by Congress.

NASA hopes Artemis will reach the Moon by 2024, more than 50 years after humans last stepped foot on the planet. The mission has been in development since at least 2019, with the agency working hard to develop new hardware needed for the mission, which is set to see NASA create a sustained presence on the Moon.

“The president’s discretionary request increases NASA’s ability to better understand Earth and further monitor and predict the impacts of climate change,” Jurczyk said in a statement. “It also gives us the necessary resources to continue advancing America’s bipartisan Moon to Mars space exploration plan, including landing the first woman and first person of color on the Moon under the Artemis program.”

That “Moon to Mars space exploration plan” refers to NASA's intent to establish a base on the Moon that could function as a pitstop for eventual journeys to Mars and human expansion across the solar system. A sustained presence on the Moon will allow scientists to study the formation of the Earth through lunar geology and capture the Moon’s resources, such as its water and deposits of rare earth metals. NASA has already talked about working with commercial industry to construct colonies on the Moon as a way to extend America’s economic sphere.

Artemis is staffed by 18 astronauts, including (for a change) both people of color and women. It’s not yet known specifically who will be chosen to go to the Moon.

Here come the critics — There will surely be people out there who say the decision by NASA to explicitly choose people of color and women is some sort of “reverse racism.” But extensive research has shown that gender and racial bias are pervasive in the sciences, which can lead those demographics to drop out of the field entirely — and plenty of perfectly qualified people have been previously overlooked because of those biases. That’s a big problem if only because diversity of thought can lead to better results. Also, we’d like to think that if humanity is going to colonize Mars or other solar systems, it won’t only be with white men. Seeing people from diverse backgrounds land on the Moon could inspire others like them to try and be among the first interplanetary pioneers.

More like this
Will Gendron
5.12.2022 12:00 PM
Yikes
El Salvador's bet on bitcoin has been as volatile as expected
Andrew Paul
5.18.2022 7:32 PM
:(
Mastercard thinks forcing you to smile for capitalism isn't creepy at all
Matt Wille
5.17.2022 6:15 PM
Culture
Aw, billionaire space travelers couldn't handle their assigned workload