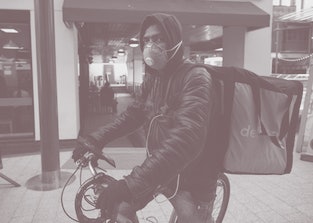 The amount of donations Yelp has pledged to match

Yelp, restaurant-locator of choice for millions of people, will now allow businesses to display a GoFundMe link on their listing, the company announced today. As part of the partnership, GoFundMe and the Yelp Foundation have pledged to match up to $1 million in donations. The companies will provide up to $500 to businesses that raise at least $500 via their GoFundMe page.

Yelp has been on a roll with relief for businesses — just last week the company announced $25 million for local restaurants and nightlife businesses. With government assistance on indefinite hold while political leaders debate the minutiae of bailout plans, companies with resources to spare are stepping up to help. Sure, $500 per company might not seem like a lot in the grand scheme of things, but every bit of help counts, especially for smaller businesses which are least likely to have cash reserves to sustain themselves during the ongoing lockdowns many cities are facing.

Focusing on small businesses — The collab between GoFundMe and Yelp is specifically focused on small businesses, which are most likely to be the hardest hit by the effects of COVID-19. For that reason, only businesses with five or fewer locations are eligible for the fancy new GoFundMe button.

Yelp expects other companies to get in on the donation-matching efforts in the near future, allowing for even greater total fundraising for each business in need.

Things will get worse before they get better — Uncertainty around the long-term impact of the COVID-19 pandemic is at an all-time high. With nationwide cases still rising at an alarming pace, self-isolation measures and restaurant-closure policies are sure to become more strict before they let up. Well, unless Trump gets his way and sends everyone back to work, that is.

As Yelp notes in its announcement, consumer interest in restaurants has fallen 67 percent in just the past two weeks; in that same period, interest in yoga studios dropped 78 percent and interest in breweries fell a staggering 85 percent. These downward trends are likely to continue for the foreseeable future.

If you can help, you should help — Yelp’s new partnership with GoFundMe sets the kind of example we need more of right now. We can help each other while the government drags its feet. We may not be able to provide the same level of assistance as the federal government, but we can continue to order from our favorite spots (directly, if possible) and donate to those forced to close their doors.

The GoFundMe button is rolling out to businesses in the "hardest hit areas" today, and all eligible businesses will see the feature in the next two days.