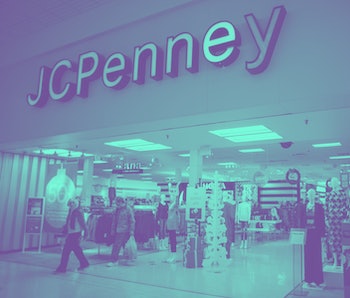 Amazon’s latest expansion effort involves taking over abandoned mall spaces, The Wall Street Journal reports. Yes, the very company that’s forced brick-and-mortar stores across the country to shut down is now looking to buy up those properties for its own empire.

The e-commerce giant has been in talks with Simon Property Group — the largest owner of mall properties in the United States — to convert old J.C. Penney and Sears stores to order fulfillment centers, according to people familiar with the matter. Both department store chains have filed for chapter 11 bankruptcy protection and shut down locations across the country.

Amazon has made no comment or announcement about its discussions with Simon just yet. If it comes to fruition, the move would be a savvy one for Amazon and a death knell for the mall industry.

Details are scarce — Specifics about the potential deal are still very much under wraps. WSJ’s sources said that it wasn’t clear how many stores are under consideration for Amazon’s purchase and that the deal could definitely still fall through if the companies fail to reach an agreement.

As of May, Simon owned 63 J.C. Penney stores and 11 Sears stores, according to its public filings. Experts estimate that space in those once-coveted plots could be as low as $4 per square foot, where many Amazon warehouse locations pay close to $10 per square foot.

Good for Amazon and Simon, bad for malls — If an agreement were to be reached between Simon and Amazon, both companies would benefit monetarily. But it would also deal a massive blow to the swiftly dying mall industry.

Department stores are long-standing institutions in the U.S., but they’ve been struggling for some years now, thanks to the rise of e-commerce led by Amazon. The ongoing COVID-19 pandemic has exacerbated that downward trend to an immense degree. Stores like J.C. Penney and Sears have online shipping options, too, but they just can’t match the shipping power of Amazon.

Amazon’s move into mall spaces would be perhaps the most on-the-nose display of the company’s parasitic tendencies yet. With Prime Day delayed but seemingly inevitable, Amazon is on the lookout for any and every opportunity to increase its operations, even if that comes at the expense of smaller business owners. The company isn’t letting a few antitrust investigations slow down its expansion efforts — quite the opposite, it seems.

More like this
Andrew Paul
6 hours ago
Bad Tweet Hall of Fame
The world's richest men are competing for world's worst tweets
Annie Rauwerda
5.6.2022 12:20 AM
$$$$$
Gen Z is falling into debt thanks to ‘buy now, pay later’ startups
Matt Wille
5.3.2022 3:11 PM
Culture
Amazon will reimburse full-time employees who travel to receive an abortion