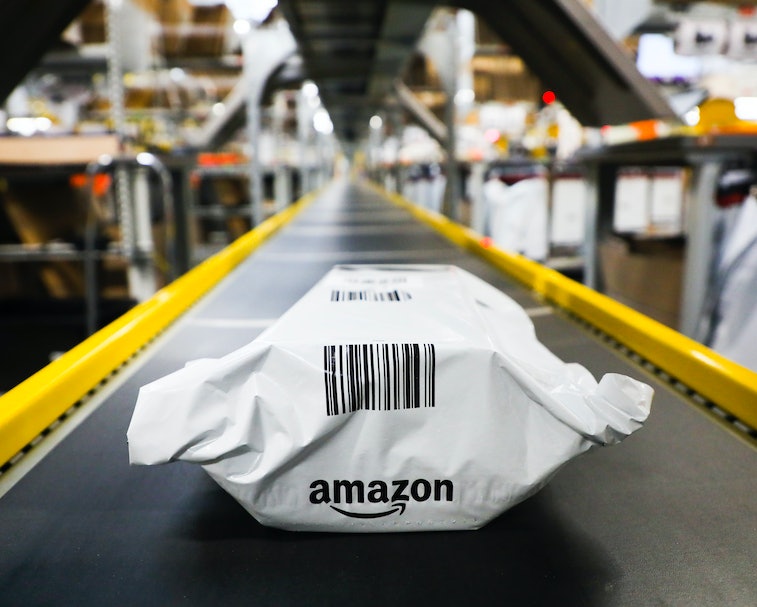 Amazon is emailing customers directly and asking them to cooperate with a Department of Justice investigation into third-party sellers in its marketplace. Earlier this month the company said it would work with state attorneys general to identify and prosecute any sellers taking advantage of the coronavirus epidemic to raise prices on medical equipment. It's not clear if the new email is related.

“We wanted to notify you directly about this matter in the event that you are contacted by the Department of Justice in connection with its investigation,” said Amazon in an email to customers that was seen by Reuters. Raising prices on personal health equipment during the epidemic could constitute illegal price gouging, and the Department of Justice said last week in a press release that it is watching closely for violations.

“The Department of Justice stands ready to make sure that bad actors do not take advantage of emergency response efforts, healthcare providers, or the American people during this crucial time,” said Attorney General William P. Barr. “I am committed to ensuring that the department’s resources are available to combat any wrongdoing and protect the public.”

Amazon's platform woes — Amazon is particularly vulnerable to falling under scrutiny for price-gouging because more than half of the products available on its website are sold not by Amazon itself but by independent merchants who list the items and decide the prices themselves. Independent sellers could quietly scheme to raise prices for face masks on Amazon, which dominates e-commerce sales. Several lawmakers recently sent a letter to the Justice Department asking for an investigation into such potential sellers on Amazon who may be taking advantage of people's fears of the fast-spreading virus that has now killed nearly 10,000 people globally.

Besides contacting customers about a potential DOJ investigation, Amazon has also moved to restrict the types of merchants who can sell medical-related products like face masks on its site.

Notoriously bad about managing sellers — With millions of merchants selling wares on the site, Amazon is constantly playing a game of cat and mouse to swat away merchants who try to manipulate the system. Late last year, the Wall Street Journal found searching Amazon for "psilocybin," or hallucinogenic mushrooms, returned listings for "smart shrooms" and other questionable listings despite such illegal drugs being obviously banned on its platform. The company also has to fight sellers who trick Amazon into rewarding their products with the "Amazon's Choice" label, which can lead to a big boost in sales. The label is granted to products automatically based on signals like average rating and shipping speed, so sellers will find crafty ways to manipulate those signals to their advantage.

Again, another example highlighting the downsides of tech's model of scale at all costs.