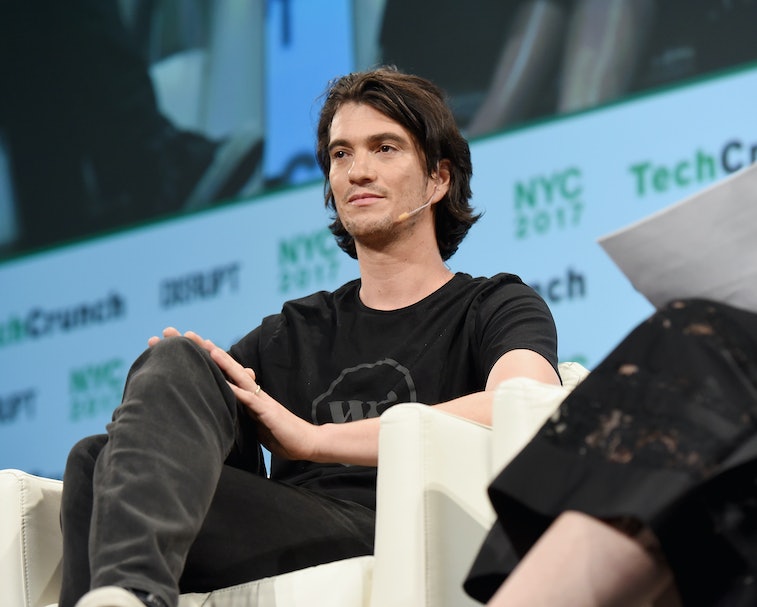 According to a report by Deadline, Apple TV+ is producing a limited series about the one and only WeWork. A perfect example of tech-sector hubris, outlandish valuations, and the power of a charismatic leader, WeWork's rose to stratospheric heights before tumbling back to earth in equally spectacular fashion.

It's perfect fodder for a TV drama, and we can't wait to see what Apple does with it... moreover, we can't wait to see who gets cast in the key roles: WeWork founder and chief evangelist, Adam Neumann, and his number one fan who would live to rue his enthusiasm, Japanese investment group Softbank's CEO, Masayoshi Son.

A fall from grace — At one point, WeWork's value hit $47 billion before tanking to $2.9 billion when a planned IPO revealed the business was a house of cards. The listing plans had to be shelved, SoftBank lost a fortune, and Neumann was ousted, only to try his utmost to lay claim to a larger exit package. Then the pandemic hit, further undermining SoftBank's efforts to salvage what was left of the business.

What's surprising is that there's a show in the works so soon after the debacle took place, and with parts of the subsequent cleanup still in progress. But then, Hollywood does love a fall from grace, and one that's focused on the tech sector is fiercely topical and an almost surefire hit.

The limited Apple TV+ series will be based on the popular podcast WeCrashed: The Rise and Fall of WeWork, and is expected to star Anne Hathaway and Jared Leto (an excellent Messianic figure) who will take on executive producer roles, too.

What Apple says — A press release from Apple summarizes the salient points like this:

WeCrashed will follow the greed-filled rise and inevitable fall of WeWork, one of the world's most valuable startups, and the narcissists whose chaotic love made it all possible.

Good vibes only — We're expecting some of the show's biggest kicks to come from its depiction of WeWork executive and Neumann's wife, Rebekah Neumann, who reportedly sometimes fired employees seconds after meeting them based on a rationale that is bound to infuriate any reasonable human being: according to The Wall Street Journal and Business Insider, Neumann's wife would complain about employees' "energy" and had been said to push "spiritualism" in the startup.

Considering Neumann himself had an infrared sauna and a cold plunge pool installed in his office, and invested in everything from marijuana businesses to a wave-pool maker, we expect there's going to be a lot of competition between Hathaway and Leto for first prize for the most-detestable character. WeStoked.