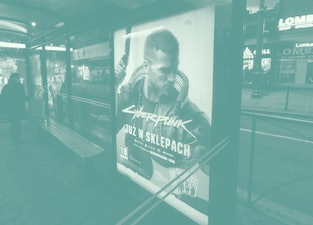 The agreed-upon settlement fee for the investors' lawsuit.

The company behind last year’s biggest trainwreck of a game just managed to worm its way out of the worst of repercussions with investors. CD Projekt Red settled with its investors for just $1.85 million this week, nearly a year after Andrew Trampe filed the proposed class-action suit.

That’s pocket change for CD Projekt Red, really. The company reportedly made back its $316 million development budget for the game in pre-orders alone. Even widespread refund offers didn’t hurt it all that much.

Investors signed onto Trampe’s lawsuit after Cyberpunk 2077’s truly disastrous launch. We’re talking about the kind of horrific pile-up you just can’t look away from. The botched game would’ve been a huge letdown no matter what, but the situation was made infinitely worse by the years (years) of hype generated by the company leading up to it. CD Projekt Red has suffered some fallout from last year’s missteps, but somehow it’s managed to avoid completely imploding. This settlement is nothing more than a buzzing gnat the company swatted away absentmindedly.

Okay, so there are some repercussions — This particular settlement is a win for CD Projekt Red. The company made it through what could’ve been a massive class-action lawsuit by paying less than $2 million. The details of the case haven’t been made public, so we’re left to guess at why the fee is so small. Maybe the shareholders just couldn’t find an angle to argue they’d actually been misled about the game.

That’s not to say the company didn’t struggle in the aftermath of the game’s release. In the months following Cyberpunk 2077’s release, CD Projekt Red found itself apologizing over and over again just to clear its name of all the mud it had gathered. And the company’s stock value has dropped drastically since, losing nearly 50 percent of its value year-over-year.

Still a mess — The low settlement figure is made more difficult to swallow by the fact that, more than a year after its debut, Cyberpunk 2077 is still buggy as all hell. You’d think CD Projekt Red would have its affairs in order by now, but somehow it’s managed to one-up itself at every turn.

Cyberpunk 2077’s most important patches are consistently delayed, somehow. The constant delays make the game seem unfixable. And yet CD Projekt Red keeps making more promises to toil away until the game is actually good.

The company’s future is still murky at best; it’s going to be difficult to regain gamers’ trust after such a dumpster fire. Investors who haven’t divested in company shares yet will have a front-row seat as that fire keeps burning into the foreseeable future.