“From the man who brought you TITS U, I present SpaceX: an environment so rife with sexism, the only remedy is for women to leave.” 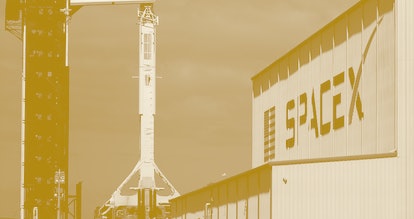 As a company run by Elon Musk, SpaceX is bound to have some work-culture issues. Turns out they’re worse than we thought. Five former employees have accused the company of widespread sexual harassment, including improper case management by the company’s human resources department and other managers.

Four of the former employees spoke to The Verge about their experiences at the company. They decided to raise their voices after Ashely Kosak, a SpaceX employee who left the company in November, published an essay about her own sexual harassment experiences there.

All four former employees either experienced sexual harassment themselves at SpaceX or witnessed nonbinary people and women being harassed. All agree that the “boys’ club” atmosphere at the company makes it particularly difficult to hold men accountable for their actions.

Not a one-time thing — Kosak’s depictions of sexual harassment at SpaceX are more than just isolated incidents here and there. Her essay instead is documentation of an overwhelming company culture that allows this kind of harassment to continue unabated.

Kosak’s experiences with sexual harassment started during her first week as an intern at SpaceX, she says. She reported a male colleague for touching her without her consent; no one ever followed up. This, she soon found, would become a pattern. The HR department never followed through on its responsibility to intervene in such circumstances.

Other women shared the same view of the workplace culture at SpaceX. One former intern told The Verge that all four of the women or nonbinary people in their internship housing were harassed at some point or another. The only action HR took in response to intern complaints was to separate shared bathrooms by gender.

It’s time to listen — These stories are a harrowing look at what it’s like to work at SpaceX as someone who’s not a man. And for every story shared, there are plenty more that aren’t. These former employees hope sharing their stories will convince others it’s worthwhile to do so.

All of the former employees mentioned that the attitude of top management figures — especially CEO Elon Musk — was the root cause of the overwhelming boys’ club culture. Kosak mentions him explicitly in her essay, too.

“What will life on Elon’s Mars be like? Probably much like life at SpaceX. Elon uses engineers as a resource to be mined rather than a team to be led,” Kosak writes. “The health of Earth is rarely a consideration in the company’s projects. Misogyny is rampant.”

Musk’s leadership has been called into question in similar cases across his other companies, too. Just a few months ago, Tesla was forced to pay a $137 million fine for racial harassment at its Fremont, California factory. And last month Tesla was also hit with a lawsuit alleging “rampant sexual harassment.” That case, in particular, names Musk’s own attitudes toward women as inherent in the company’s larger harassment issues.

SpaceX HR says it wants to do better by its non-male employees in the future. A company-wide email sent by SpaceX president Gwynne Shotwell said the company is reviewing its HR practices already. “We can always do better,” she wrote. “That is why HR has been soliciting feedback from groups across the company to ensure the process is effective. HR will also conduct an internal audit, followed by a third-party audit.”