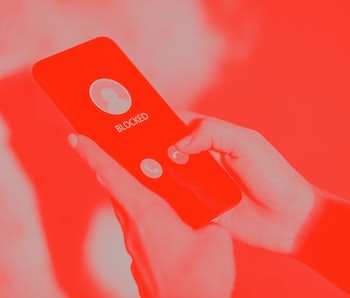 The Federal Trade Commission has issued an official warning this holiday season. The agency is alerting the public about scam calls from fraudsters claiming to be Amazon and Apple representatives. Here's what you need to know to avoid becoming a victim of fraud.

What the calls claim — In a recording uploaded to the FTC, an automated voice claims in one of the scam calls that a package coming through Amazon has been compromised and requires the recipient of the call to rectify the issue.

Presumably, the scammer will require the recipient's personal information, including credit card details and passwords. The scam baselessly notes that there is a "suspicious purchase, a lost package, or an order they can’t fulfill," according to the FTC. With the faux Apple scam call, the script is similar. A recorded voice claims that the user's Apple iCloud account has been compromised and potentially breached. Anyone receiving information like that will feel a pang of worry but as the FTC implores the public, do not follow any of the instructions in the call.

FTC guidelines — The agency strongly advises that you do not press 1 — as both calls urge — to speak to any representative. Additionally, do not call any number they provide for you to contact. If you genuinely worry that there is something wrong with your Amazon package or Apple account, consider contacting the relevant parties through a company-provided number or email on either firm's official websites.

Never-ending headache — Earlier in November, the Federal Bureau of Investigation opened an inquiry into robocalls imploring people in various states in the country to "stay home" during the election. The calls took up special momentum in election critical states like North Carolina, Pennsylvania, and Florida. The message seemed designed to throw voters off from casting their ballots under the guise of public health concerns during the COVID-19 pandemic. Even before that, the FTC had claimed that it was trying its best to tackle robocalls of fraudulent nature by issuing new rules, which will be voted on March 31.

Evident as it is with these fake Apple and Amazon calls, the FTC is struggling at curbing scammers. In the meantime, just don't pick up for that suspicious-looking number.