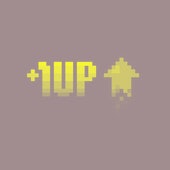 The profit forgone by Keith 'Roaring Kitty' Gill after doubling down on his GameStop bet.

Thought the days of GameStonk were over? Think again. After CEO George Sherman announced he would step down later this summer and one of the memestock’s main investor’s revealed his decision to double down on his investment, GameStop’s stock rallied 9% on Monday morning to $169 a share.

According to CNBC, Sherman is set to leave his position on July 31, while Keith “Roaring Kitty” Gill “exercised his 500 GameStop call options contracts as they expired on Friday, giving him 50,000 more shares at a strike price of just $12.” Had Gill sold all his options on Friday’s price, he could have netted over $7 million in profit.

The meme that keeps on meme-ing — Despite most mainstream economic experts adamantly warning GameStop’s recent valuations have been “significantly detached from fundamentals” as an analyst, Joseph Feldman, put it to CNBC for months, the once wayward video game retailer’s stock remains up around 804% for the year so far. While Gill and the investor trolls hanging around the r/WallStreetBets subreddit may not see it that way (or care), it’s a sentiment not lost on the company’s higher-ups. During its recent Q4 2020 earnings conference call, GameStop execs revealed they were planning to expand into the gaming PC and TV markets.

"These categories represent natural extensions that our customers would expect to buy from us, expanding our addressable market size by over five times, and over time, will reduce our reliance on the cyclicality of the console-based gaming market," CEO George Sherman said at the time. Reading between the lines, however, it’s clear that GameStop is aiming to make the most out of the last year’s seemingly random windfall, and stay relevant as long as possible.

In the meantime, it should surprise no one that GameStop’s lowest-rung employees continue to lose out the most during this whole Stonk Era. But really, what else do you expect for the unfortunate workers encouraged to perform TikTok dance videos for extra shift hours?