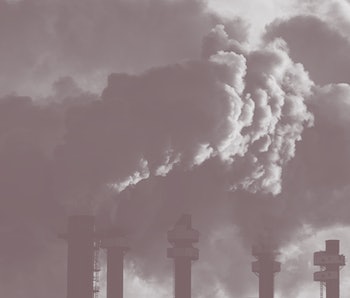 Google announced Tuesday that it will no longer build custom software or algorithms to assist gas and oil companies in their extraction efforts, Ars Technica reports. While the pledge and Google’s discontinued support for these companies will only make a small dent in the fight against climate change, the tech giant’s improved stance on the matter has the potential to make waves in the industry.

Big tech has a very scatterbrained history with climate change; companies are wont to make far-reaching pledges to cut carbon emissions while simultaneously profiting from deals with oil and gas companies. A new report from Greenpeace outlines just how tangled big tech’s climate priorities have become, and it demonstrates that Google, Microsoft, and Amazon are some of the most overt offenders.

Google still has ongoing contracts with oil and gas companies it will need to wind down for its climate priorities to truly align. But the company’s latest pledge is a step forward in bettering the tech industry’s commitment to fighting climate change. Now we can only hope others in Big Tech follow suit.

Tech is indeed making changes — The three companies named in Greenpeace’s latest report have all made lofty claims about how they’re fighting climate change by evolving their production and business practices. Microsoft pledged this year to be carbon-negative by 2030 — an aggressive plan by industry standards. Amazon CEO Jeff Bezos pledged $10 billion of his personal wealth to “preserve and protect the natural world.” Google consistently purchases clean energy and now has projects totaling over 5.5 GW of renewable energy capacity.

A fundamental disconnect — But there’s a massive disconnect between these efforts and the companies’ business practices. Microsoft, Amazon, and Google all continue to enable companies that significantly contribute to climate change by providing them advanced computing services. This often takes the form of advanced machine learning techniques and high-performance computing capabilities, which are then used for detrimental activities such as finding oil wells. These companies also partner with major oil producers for advertising and transportation solutions.

Let’s downplay, shall we? — All of the companies involved in the Greenpeace report reached out to Ars Technica to back up their commitment to climate change.

Amazon defended its ties to gas and oil companies by stating: “The energy industry should have access to the same technologies as other industries.”

Microsoft wrote an entire blog post about the Greenpeace report. The company says that “realizing a zero-carbon future” is “one of the most complex transitions in human history.”

Google downplayed its commitments to the oil and gas sector by stating its revenue from oil and gas was less than one percent of all Google Cloud revenue in 2019. That’s still approximately $65 million Google made last year from oil and gas companies.

Not there just yet — These companies want the public to believe they’re 100 percent on board with ending climate change, but the hard truth is they’re not. Profits and politics are still the number-one priority for these companies. The message is clear: we wish we could help more, but we don’t want to risk our business to do so.

This being said, Google’s pledge is a step in the right direction. It’s not an end to the company’s often-hypocritical climate change practices, but we can hope it’s a sign that the company’s leadership is ready to better align its business practices with its green goals.