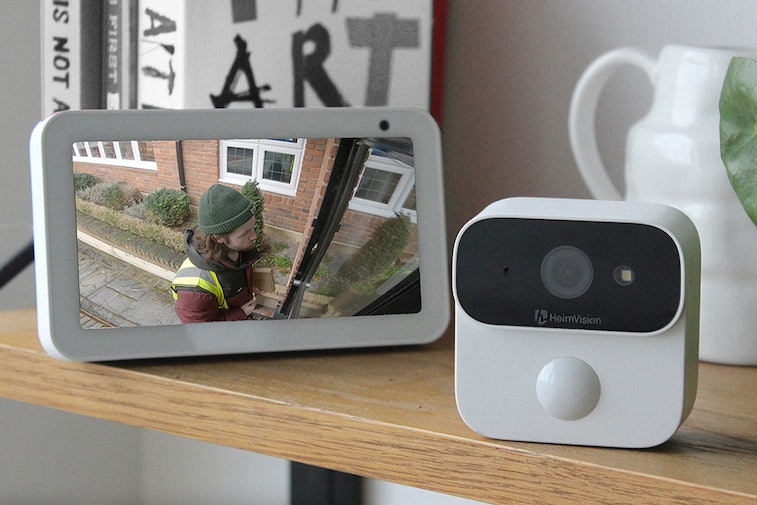 HeimVision Assure B1 is the latest smart security camera to hit the market by way of Indiegogo. The smart camera, spotted by Yanko Design, features two-way audio and runs on both rechargeable AA batteries as well as solar energy for the environmentally-conscious consumer. The most compelling feature of the HeimVision Assure B1, though, is its respect for the user's data privacy. According to Yanko Design, the creators of the camera assure that no video data is ever shared with Amazon, Google, or Facebook. The idea is that your footage is kept locally within the hub.

Of course, it's not a perfect formula but the idea that your visual footage is out of some of the biggest tech companies' reach is a rather pleasant one.

Installation should be no problem as the camera features a tripod. The camera itself only weighs about 181 grams and can take video in 2K Ultra HD. You have the option of regular vision as well as night vision.

Always secure your IOT devices — Although the creators behind the camera assure you that your data won't be sent to Google and its rivals, there is an important note to keep in mind here: your files could still be intercepted if your internet connection is not secure. As Yanko Design advises, you should be safe as long as you have a VPN enabled.

So HeimVision Assure B1 isn't perfect, but none of the current smart security systems are without their flaws. In 2020, Input noted the myriad of security and privacy nightmares with the Ring cameras, how the company took a while before making two-factor authentication mandatory for users, and how some of its very own now-fired employees were tapping into Ring users' private video feeds. Fingers crossed that we don't see similar crises from HeimVision's ambitious makers.