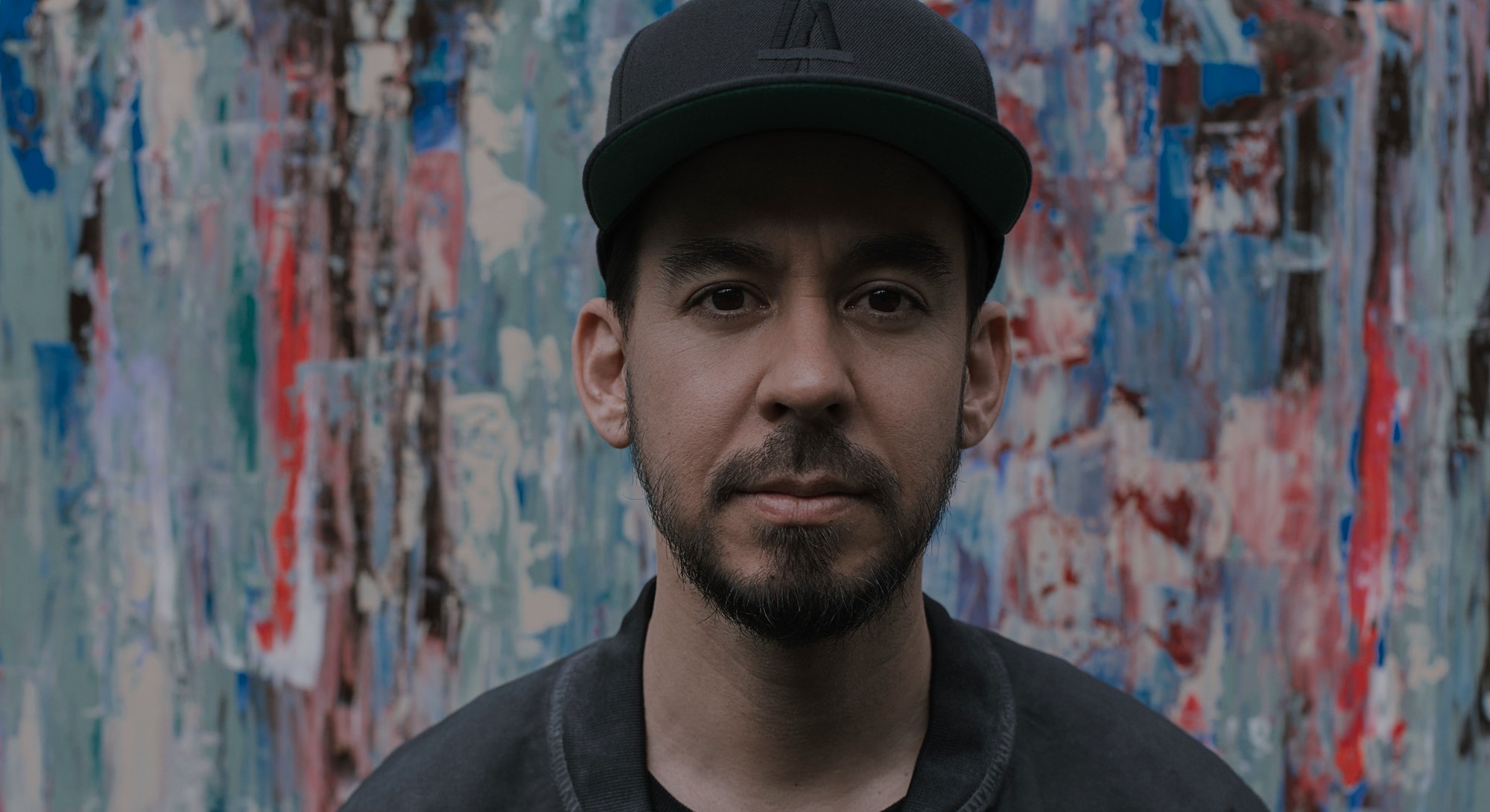 Verifiable digital scarcity is, suddenly, all the rage. NFTs — non-fungible tokens, or digital collectibles that use blockchain technology as authentication — are everywhere.

The centuries-old auction house Christie’s is getting in on the action; for the first time, it’s accepting cryptocurrency for a NFT piece by the digital artist Beeple. Artist Chris Torres just sold a one-of-a-kind, slightly modified NFT version of his famous GIF Nyan Cat – you know, the animated flying feline with a Pop-Tart body – for nearly $600,000. And earlier this month, Lindsay Lohan sold an image of her face as a digital asset; since changing hands a couple of times, it’s now valued at almost $50,000.

Last Friday, Linkin Park cofounder Mike Shinoda became the first major-label artist to launch a single — the bouyant “Happy Endings,” featuring iann dior and UPSAHL — via NFT auction. A 75-second clip of the song, accompanied by Shinoda’s animation of artwork by contemporary artist Cain Caser and the musician himself, was sold in an edition of 10 on the online marketplace Zora. Here’s number 10 of 10, which went for 4 WETH (around $6,600):

All of Shinoda’s proceeds from NFT sales — now and, since he retains partial ownership of works, in the future — go to ArtCenter College of Design in Pasadena, Calif. According to the terms of sale, NFT owners “have no right to license, commercially exploit, reproduce, distribute, prepare derivative works, publicly perform, or publicly display the NFT or the music or the artwork therein.” Or, as writer Matty Karas of MusicREDEF puts it, “you’re basically getting a digitally autographed MP3.” (However, it should be noted that early “Happy Endings” NFT owners will receive a physical print of the single artwork signed by Shinoda and Caser.)

The 44-year-old Shinoda, who also has a hip-hop side project called Fort Minor, recently spoke to Input via Zoom about his “Happy Endings” NFTs and what’s on the non-fungible horizon. The following conversation has been edited for length and clarity.

How did you get into NFTs?

I’ve been watching NFTs for a while. Linkin Park have like a VC arm, and a few years ago we did a bunch of meetings with different companies about investment and the idea of creating blockchain-related merchandise. And I was like, “I feel like we’re ready for it. But fans aren’t ready for it. Nobody’s going to buy it.” So we just stayed away from it. And it wasn’t until this year when I was like, “Oh, people are ready.” Regular people really are collecting this stuff. And it’s not just a couple of billionaires getting involved.

What do you think has made regular people ready for NFTs?

Sometimes it’s just like the conversation moves in that direction. Part of it is the big headline sales, like the Beeple stuff or FVCKRENDER. I think that the Gods Unchained [game on the Ethereum blockchain] thing is really cool. Even CryptoKitties — I think those are great. And all of those little things add up, and it just has to hit your radar in a way that you go, “Oh, that's something I would buy. I’d collect that.”

Lots of people have no idea what an NFT is. How do you convince people that they’re an actual thing, since they’re not tangible?

Creators always come to me with “Wait, what are our rights?” And it’s like, “Okay, well, here’s what I think your rights are. Your rights are what you tell people your rights are — tell them what you're selling, and then that’s what you’re selling.”

There’s nobody who is serious about NFTs who really humors the idea that what you’re selling is the copyright or the master. That's generally a tall order for anybody who’s a creator. And on the rare occasion where that’s the case, they will make a big deal out of it. In other words, if you buy an MP3 of a song as an NFT, you don’t own the song. It’s the equivalent of buying a print of a piece of artwork or buying an original piece of artwork. Just because you buy a print of Mickey Mouse doesn't mean that you get to put Mickey Mouse on everything.

The average person has a really hard time wrapping their head around the idea that you can take something that you posted on Instagram, and then post the exact same thing on Zora and make $1,000. They’re like, “Wait, why the hell would my video make $1,000 on Zora since I’m already posting it for free everywhere else? I don't understand.” It’s like, just because you don't understand — just embrace it. It’s not about the physical item. It’s about the concept of ownership. It’s the concept of what is valuable to a collector.

From a collector’s point of view, I could imagine fans saying, “I can stream your song on Spotify for free as much as I want. Why should I bother buying this NFT?”

From a collector’s point of view, if an MP3 of a song is a one of one, and I trust that creator that they’re going to keep it one of one, then the value is maintained or the value increases. If somebody’s an opportunist crooked jerk, and they go, “This is a rare thing,” and then they go, “Just kidding, I’m making five more — I’m effectively decreasing the value of your thing,” that’ll get around. Eventually, there will be systems that will help people rate creators in that sense.

And since you're kind of a household name, I presume people don't think that you're going to be an “opportunist crooked jerk” about this.

I hope not! I’ve tried music and visual as an NFT. I've tried just visual; I’ve tried GIFs. Those have all performed differently. I’ve yet to do one that’s just the music NFT, like a full track beginning to end, one of one. That’ll be soon. I’ll do that and see how it goes.

I always put some version of an explanation of what you’re buying, like a product description. You can resell it, but you can't duplicate it and mass-produce it. You don’t have a right to then like make CDs out of my MP3 and go sell them. Same as YouTube, by the way. You can’t just rip an Avengers movie and put it up and expect Disney to not issue you a takedown.

So tell me about the sale of the NFTs of “Happy Endings.” What was the price range for those 10?

I don't quite know right now, but I can guess. So here’s the way it worked: I had already put up a couple things on Zora, and I have this I had this single called “Happy Endings” coming out. It’s basically like a pop single. So we’re all ramped up for this big release. And I said to management, “I want to debut it with an NFT,” and they’re like, “You’re crazy. How in the world are we going to make that happen?” My attitude is like, “I know the timeline’s short, but we can work it out.” And that's what we did.

The highest bid was five Wrapped Ethereum [around $8,000]. The lowest was a couple hundred dollars. And as soon as the initial sales were over, I said, “Surprise, everybody who owns one as of tomorrow is going to get a signed, one-of-10 print of the art. So you have 24 hours if you want to resell it. But whoever owns it at this time tomorrow gets a print.” I kind of expected somebody to go to the person who only spent 200 bucks and be like, “I will give you $15,000 for that NFT that you spent 200 bucks on.” I expected it to change hands. And it didn’t change hands.

What do you ascribe that to?

I think the people who bought them were legit fans.

What do you make of the whole NFT market right now? Is it a bubble?

In that world, they call the bubble very “frothy.” Did you ever read The Long Tail book? So I think it turns into a lot more of a longtail, where you get certain things that are really worth it, like a great product or a great piece of art that will earn that kind of big price tag. And then everything else will go down very sharply, like this NFT was $50 or $20. There’ll be more of that.

Dude, I was so happy about that one. I loved that. Because I can’t imagine in my in my wildest dreams that that person earned the money that they deserve for creating Nyan Cat. Nyan Cat’s like a ubiquitous internet image. It’s like Pepe the Frog and all those other memes. Nyan Cat is a funny piece of art, but it’s like world famous. And there’s not even any words to — it’s the perfect NFT. I thought it should go for more. I bet $600K is just the starting block for the value of that piece.

You look at that and a lot of people think that this is just going to be the province of the rich.

I think the big stuff, which people decide has real value, will be fewer and farther apart as we go. I think it’ll be more like skins for video games and prints and art. Like when Shepard Fairey releases a new painting or a new image, he might do a one-of-kind hand-stenciled piece. And then he might do multiples of the same thing that are stenciled by other people. He might photograph it, make a print, sell those cheap, right? Let’s just say the original is $100,000. The prints are like 100 bucks, right? I think that’ll happen. That seems to me to be an inevitable place that NFTs end up, where you get some things of high value and high rarity, like Shiny Pokémon card style. And then you get things that are common cards.

Back to song itself. The lyrics of “Happy Endings” talk about how the last year was a “shitshow.” How shitty was Mike Shinoda’s year?

It’s been okay. I tend to be very optimistic and try to look for silver linings. To the annoyance of my wife, by the way. She’s like, “Really? You’re gonna ‘silver lining’ me right now on this thing that sucks?” So yeah, if we’re real, 2020 was pretty garbage. I can't imagine another time in my whole life when I would just wrap up a whole year and say, “That year sucked.” And last year completely deserved it.

The thing about that song is that I felt like I had really funneled a lot all of that anxious, negative energy into it. And did it in a kind of playful way. Which felt like the right tone to me. So was it that bad of a year? I mean, worse for some other people than for me. But I don’t like being stuck inside.