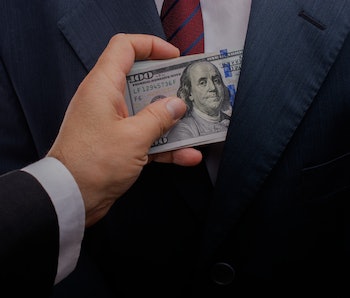 Reddit will be expanding its Community Fund program to provide $1 million in funding for “projects, events, contests, giving, almost anything you can think of to bring people together for inspiration and delight,” the company announced today. Reddit will give out anywhere between $1,000 and $50,000 per project, with winners being chosen based on community impact and feasibility, amongst other factors.

The company has been experimenting with this program for the past six months, and the pilot program has brought all sorts of community-oriented ideas to life. Highlights include $5,000 given to fund a photography competition in r/itookapicture, a comic-creation tournament organized by r/comics, a giveaway that provided 25 different kids with $200-worth of Christmas gifts via r/Random_Acts_Of_Amazon, and funding to gift streamers in r/pan, the “public access network” subreddit where Redditors can livestream.

Thus far, people have made community fund requests for projects ranging from giving away cat calendars (“catlenders”) to evacuating horses from Ukraine’s warzone. Some projects, like a community-designed musical artist billboard in Times Square, have proven to garner great attention for the sprawling discussion website.

Reddit is a massive internet giant, ranking in the top 15 most-visited websites in the world, and it has no plans to slow down — it’s investing for growth and aims to double in size. This recent announcement to invest in creators mirrors other social media giants like Snapchat, Instagram, TikTok, and Twitter, all of which have introduced plans to give some funds back to its most dedicated users. Facebook launched a similar community fund in 2020 intended to support “local communities’ efforts to build their resilience and social cohesion around the world.”

I also choose this guy’s dead wife — Reddit’s kooky culture has flung internet forum slang into the vernacular (e.g., AMA, AITA, TL;DR, NSFW) and its self-moderated subreddits have proven that they have the organizing chops to take on some of Wall Street’s most sophisticated investors. The forum site has got it all, from r/eeeeeeeeeee (where only the letter “e” can be posted) and r/beararms, where users flaunt their right to bear arms by posting photos of bears waving.

So you can only imagine the kind of pitches Reddit will need to sift through for the ramped-up Community Fund program.