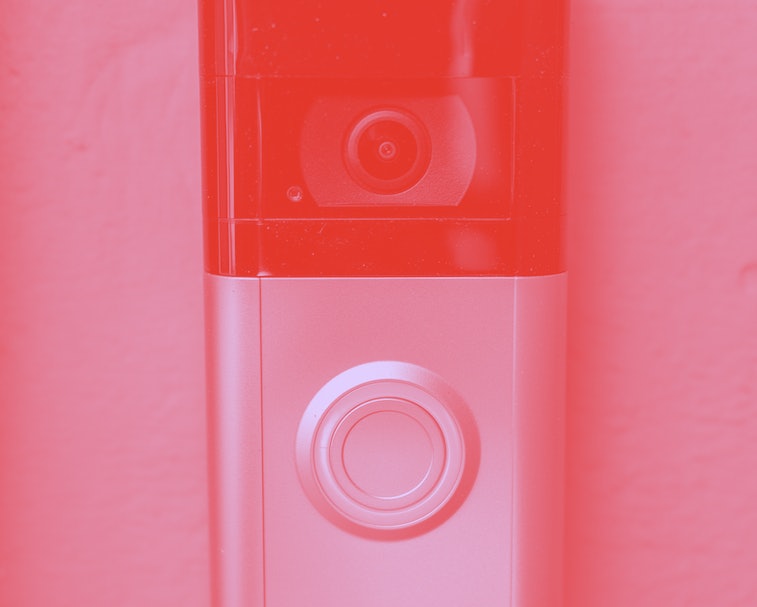 Ring does a pretty bang-up job these days. Not of providing a convenient, secure, and useful smart home security system for you and your loved ones, of course — that would be much too simple. To clarify: Ring is great at highlighting everything wrong with the current unholy union of Big Tech, police state surveillance, 21st-century paranoia, and consumer privacy invasion. Within the past year alone, we’ve seen the Amazon-owned company push Orwellian home drone accessories, toy around with consumer-cop surveillance partnerships, and... um... just straight-up explode.

In case you needed yet another reason to ditch Ring in favor of literally anything else, we humbly present to you the following: Ring is refusing to offer any specific numbers regarding how many of its users’ video feeds and data have been handed over to police as part of their over 1,800 legal demands in 2020.

Requests can (and do) include multiple users — Ring (not to mention its parent company) is notorious for not providing particularly detailed transparency reports regarding its cooperation with federal and state law enforcement agencies. In January, the home security provider discreetly published its “law enforcement requests” from the previous year in an effort to make itself appear open and honest to consumers. A casual read of the chart above makes it seem like the numbers are negligible when compared to Ring’s overall customer base, but as Tech Crunch points out, often “the number of users or accounts affected can be twice or more than threefold the number of demands [Ring] received.” It’s also worth noting that 2020’s requests are more than double that of the year prior, which is a pretty alarming amount of police cooperation.

Ring provided full responses most of the time — While it’s somewhat (with a major emphasis on “somewhat”) comforting to see that 794 of the 1884 domestic requests yielded “No Response” from Ring, the company still provided a “Full Response” to cops the majority of the time — a whopping 919 instances. This, coupled with the lack of full transparency, should show consumers whose side Ring is truly on. Law enforcement agencies are terrifyingly well-funded and supplied as they are, there’s absolutely no reason you should throw them any freebies without a very good reason provided.

Anyway, if all that isnt enough to deter you, or if you for some reason still own a Ring product, you might wanna make sure the service’s end-to-end encryption feature is enabled, if you haven’t already.