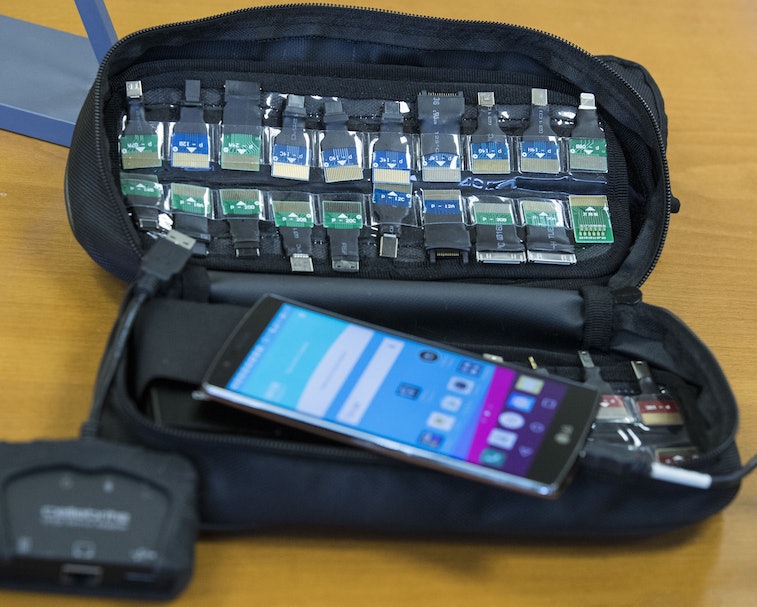 Over the decades, America has seen a startling, systematic, invasive militarization of its local law enforcement agencies, but as a recent investigation from Gizmodo details, a new facet of daily life is facing its own unsettling breaches of privacy: public school systems. According to the report, a number of school districts across the country are investing in mobile device forensic tools (MDFTs) to breach students' cellphone security barriers for a wide variety of reasons, exploiting legal gray areas and raising serious civil rights concerns.

A wide definition for "reasonable searches" — Although initially designed for use by law enforcement and police departments, MDFTs sold by companies like Cellebrite, Susteen, and Oxygen Forensics are being increasingly utilized within civilian life, in large part thanks to the Supreme Court's decision in New Jersey v. T.L.O., which ruled that schools are not necessarily required to obtain search warrants for its students. The ruling also gave officials a wide range for what's considered "reasonable" when it came to seizure and analysis of students' phones.

Racist as well as invasive — Apart from obvious privacy concerns, MDFT usage clearly could be abused to further racial biases within schools through random "fishing expeditions." Or allegedly "random," that is. "Schools take student’s cell phones for all kinds of reasons, not because they think they are doing anything pernicious; you can see where racial bias could factor into this," Barbara Fedders, an assistant law professor at UNC Chapel Hill told Gizmodo. And by "could factor into this," we are willing to go out on a limb here to say it will most definitely factor into this.

Basically, there's no way this can end well for anyone other than those in power. Knowing this, might we suggest giving the powerful a taste of their own medicine?