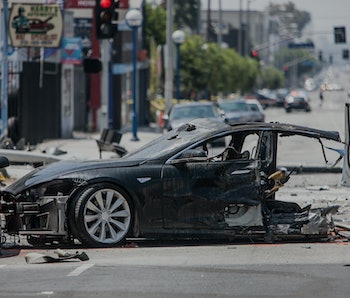 Tesla’s new, in-house car insurance service has expanded availability from California to now also include drivers in Texas. According to the official site, premiums are determined using “real-time driving behavior” monitoring, meaning that one’s prices can fluctuate month-to-month depending on your “safety score.”

Despite promising savings of between 20 and 40 percent on average premiums compared to third-party competitor insurance agencies, Tesla coverage still isn’t exactly cheap. A sample six-month premium table provided by the EV makers offers rates ranging between $83 and $130 depending on month-to-month Safety Score ratings. That said, those numbers are definitely cheaper than what a lot of Tesla owners are shelling out each month to other insurers.

Tesla drivers definitely need coverage — Given all the recent news regarding the troublingly frequent instances of Teslas careening into other vehicles while in Autopilot, we’re certainly on board with additional insurance options for EV owners. It’s also very welcome to see long-problematic factors like age and gender finally get the boot from at least one insurance company.

A grain of salt — Of course, given Tesla’s history of... everything... we still are approaching its expanding coverage with a large amount of skepticism. After all, this is a company that heavily relies on NDAs when it comes to some of its less positive points regarding Autopilot software.

Then there’s that recent $137 million dollar fine slapped against the company in a racial discrimination lawsuit... so yeah, the jury is still out (so to speak) on Tesla Insurance. But it definitely sounds like a move in the right direction, and one instance where using data for decision making really makes sense.