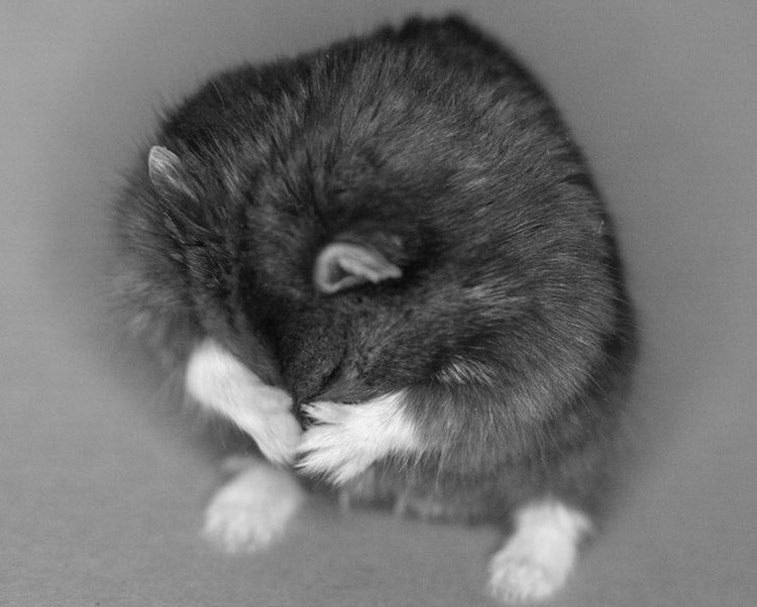 2021 has been quite the year for exposing the hollow farce of our modern capitalist system. While we’ve been skeptical of the hand dealt to us for some time now, the sudden, nihilistically lucrative success of Redditor-conspired LOLZ stocks invested into failing video game retailers, movie theater chains, and cryptocurrencies based on dog breeds was more than enough to shred the last vestiges of faith we held in the economy. But this is also the internet we’re discussing here, a place that isn’t content to merely break your spirit... it must also rub your face in it after the fact.

That’s the only explanation we have for Mr. Goxx, the German hamster who buys and sells crypto assets during Twitch livestreams. Cheekily named after Mt. Gox, the defunct cryptocurrency exchange which crashed and burned in 2014, Mr. Goxx made his first foray into day trading back in June, and now makes financial decisions multiple times a week that thousands are tuning in to watch. Despite numerous ups and downs, at last check Mr. Goxx’s funds have increased nearly 20 percent over his original €326 ($381) portfolio, which is better than most of us can say.

Congratulations, everyone. It’s Monday afternoon, and you have been outsmarted by a goddamn hamster.

How it ‘works’ — So how does “Goxx Capital” earn its keep? As described by the hamster’s currently unknown owner in Germany, every session takes place in the sensibly named Goxx Box. After entering the enclosure, the tiny, admittedly adorable rodent is allowed free reign of its “office,” which is fitted with two video cameras. A run on the treadmill initiates a cycling through 30 different cryptocurrencies, including Bitcoin, Polkadot, Doge, and Ethereum.

Two tunnels respectively labeled “Buy” and “Sell” are also installed within the Goxx Box, and a run through either will trigger just that for whatever cryptocurrency is currently selected. A 20-second pause begins after exiting either tunnel to prevent double buys or sells, as well as ward off net cancellations of a recent transaction. It is as ingenious as it is infuriating.

Noted CNBC contributor — We know what you’re wondering, so we’ll go ahead and tell you: Of course Mr. Goxx has already been featured on financial news shows. A recent clip from CNBC introduces viewers to Mr. Goxx’s financial strategies and is worth a watch if only to see a little part of each host die upon having to cover the subject.

So where do we go from here? GameStop and AMC Theaters can stave off ruin thanks to a couple of chaotic online bro memes, Dogecoin is heading to outer space, and a hamster does better with their finances than most Americans. Can we all just go ahead and admit this whole “economy” thing was a bad idea, and go back to self-sustaining agrarian communes?