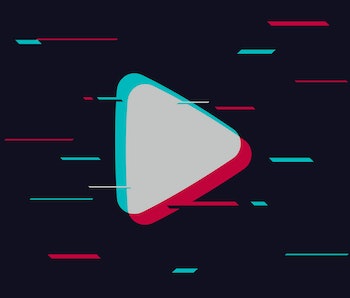 Political strife hangs over TikTok but that hasn't discouraged the short video platform from pursuing its corporate dreams. The company says it is undergoing marketing changes that are bound to help influencers and brands reach broader audiences, including the launch of new tools like "Stitch." Like its name indicates, Stitch is all about stitching clips from different creators together, integrating different scenes, and creating new videos for dances, recipes, memes, and more.

Apparently business is going on as usual — even after TikTok's most recent CEO, former Disney executive Kevin Mayer, quit his role just three months into it.

Here's how it works — If you're still using TikTok despite Donald Trump announcing that he would be very much into the idea of banning it completely and then getting hit with a lawsuit, here's how you can use Stitch. TikTok explains:

Users can decide in their settings whether or not others can Stitch their content, just like with Duet. The option can be accessed on the Privacy and Safety page under 'Settings and Privacy,' where users can enable or disable Stitch for all videos. The option can also be toggled for each individual video uploaded. Every video made with Stitch attributes the original creator in the new video's caption, and the caption attribution links directly to the original, clipped video.

Stitch allows separate creators' clips, each running up five seconds or so, to play together. It could be used for collaborations, joint projects, and challenges involving more than one person, like this one below. Prepare yourself for some Mortal Kombat nostalgia by listening to creators utter those guttural announcements: "Finish him!" and "Fatality!" Oh, and of course, "Sub-Zero wins."

TikTok is playing the long game — At its core, TikTok's announcement to expand its base of marketing partners and launch creative features like Stitch is an attempt to signal ambition and resilience to tech and political opponents, presumably including Mark Zuckerberg who has been warning about TikTok as a "threat" to those in the White House.

By having its highly connected and predominantly young audience use this feature, TikTok has a strong chance to boost ad revenue and engagement, thus making itself an undeniable contender in social media business. It's TikTok's way of saying, "We're not going anywhere."