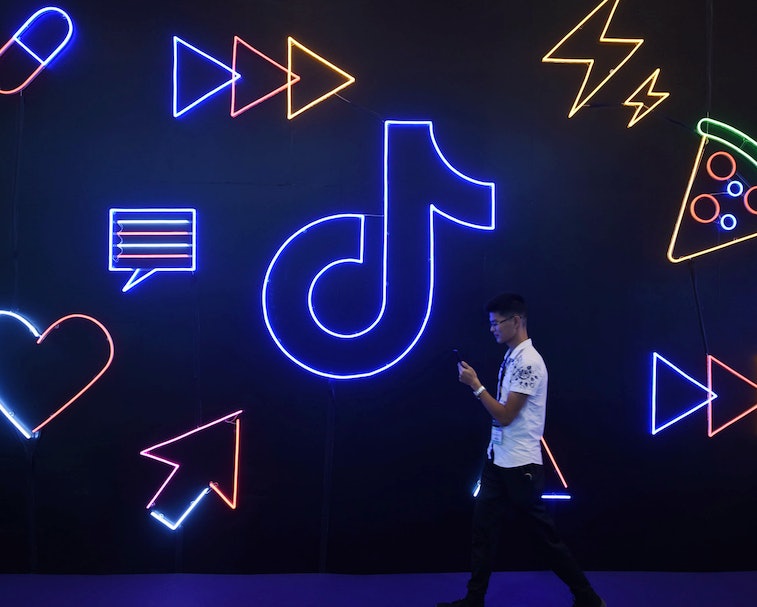 TikTok has a new CEO. Kevin Mayer, who joined Disney in 2003 and led the launch of Disney+, will now oversee the short-form video app as it navigates rapid growth and regulatory scrutiny. TikTok is owned by Chinese company ByteDance, and Mayer will also serve as that company's chief operating officer. Far stranger, though, is TikTok's effort amidst the announcement of the new appointment to suggest it's not a Chinese company.

"A TikTok spokesman on Monday stressed that TikTok was not owned by a Beijing-based company," The New Tork Times reports. "Instead, its parent company, ByteDance Ltd., is incorporated in the Cayman Islands, though he could not say how many people are based there. That entity owns TikTok and all of the businesses in China, he said."

The spokesman says Mayer will continue to live in Los Angeles, but will "travel frequently to Bytedance’s headquarters in Beijing, as well as TikTok’s major offices in New York, London, Japan and India." There's no mention of any trips to the Cayman Islands, though.

In a growth phase — TikTok was downloaded nearly 11 million times in March, almost twice the total in December, as more people are stuck at home looking for entertainment during the coronavirus pandemic. It claims more than 800 million monthly active users. Last December the company announced it was looking to move its headquarters to anywhere other than China, presumably because of the scrutiny its origins have seen it come in for.

Mayer is a star hire for ByteDance, which has been trying to show members of Congress that TikTok is independent and not influenced by the Chinese government or, worse, a spying tool. The company has made several moves to distance TikTok from China, including hiring engineers in the U.S. and Europe in order to reduce its reliance on Chinese talent.

Regulatory woes — Nonetheless, TikTok is reportedly being investigated by CFIUS, a U.S. regulatory body that has the power to force Chinese companies to sell off their American businesses if they pose a threat to national security. TikTok originally launched in America as Musical.ly before being acquired and rebranded by ByteDance.

ByteDance also runs a separate version of TikTok in China under the name "Douyin."

Reports have detailed how TikTok systemically limits the distribution of content, such as videos that feature "highly controversial topics" like Falun Gong, that are deemed unacceptable by the Chinese leadership. In one case that went viral, an American teenager embedded in her "makeup tutorials" information meant to bring awareness to China's treatment of Uighurs. She claimed that TikTok was removing her videos over that content, something the company denied.

It has not been definitively proven that TikTok censors content, but China has been increasingly trying to control information not only domestically but also abroad. In one instance, it pressured international companies including Blizzard out of allowing politically sensitive commentary in e-sports games.

Bid for credibility — By hiring Mayer away from one of America's most beloved brands, TikTok and ByteDance may be hoping to increase credibility in the eyes of the public, and American regulators. Mayer also gets to take the throne at a rising star after being passed over as the new CEO of Disney, where his position as head of streaming suggesting he might succeed former CEO Bob Iger, who recently stepped down. Disney+, Mayer's baby, has been wildly successful since its launch last November and now claims more than 55 million subscribers.