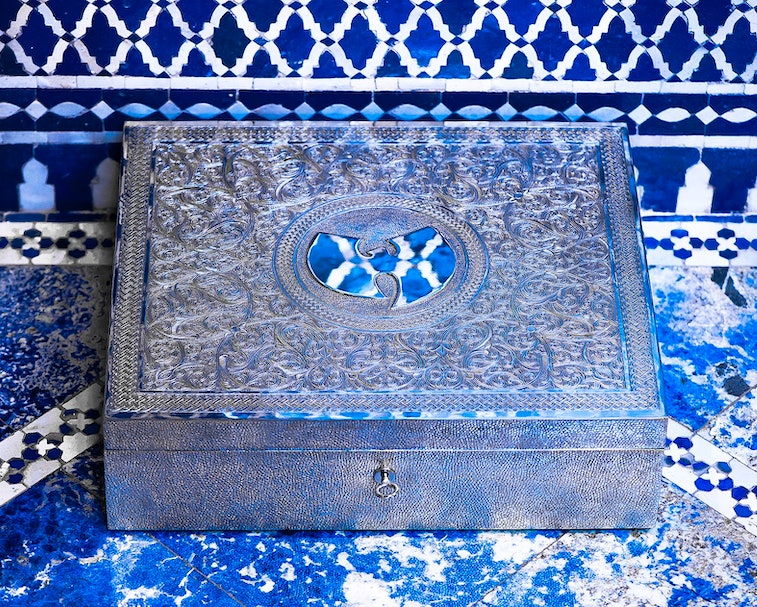 Back in 2015, “Pharma Bro” and cretin Martin Shkreli unfortunately became the sole owner of Once Upon a Time in Shaolin, Wu-Tang Clan’s secretly recorded, one-of-a-kind album, and the release’s ensuing years haven’t been any less strange. The U.S. government seized the LP during Shkreli’s eventual legal comeuppance, and according to a new report from The New York Times, it recently found new (if sadly unsurprising) owners: an NFT and digital art collective known as PleasrDAO.

According to NYT, as well as a public statement from the United States Attorney’s Office for the Eastern District of New York, the crypto-oriented group shelled out $4 million for Once Upon a Time in Shaolin, double the price Shkreli paid in 2015. Upon his conviction, Shkreli was ordered to pay $7.4 million in forfeiture money. The sale of his Wu-Tang asset apparently completes that debt, thus proving the old adage: Cash Rules Everything Around, Martin.

PleasrDAO who now? — According to their official website, PleasrDAO is “a collective of DeFi leaders, early NFT collectors, and digital artists who have built a formidable yet benevolent reputation for acquiring culturally significant pieces with a charitable twist.”

In a blog post for their acquisition, PleasrDAO’s members write, that “philosophically, Wu-Tang Clan is the OG DAO: a collective formed to reach beyond the limits of any single individual; collaborative in nature to fulfill a higher purpose, yet allowing each individual member sovereign freedom to act on their own accord.” A bit grandiose? Sure. But it’s levels above knowing that Pharma Bro owns the LP.

Can we listen to it, please? — Of course, the big question now is: When can we listen to the record? Unfortunately... we’re not sure about that just yet, but it sounds like PleasrDAO is working on that.

“Although we are bound by the legal agreement underpinning this work of art and may not be able to duplicate and share the music digitally, we firmly believe there are ways to share this musical masterpiece with the world,” explains the group. One step closer, Wu fans...