Waiting to upgrade your phone could do wonders for the planet 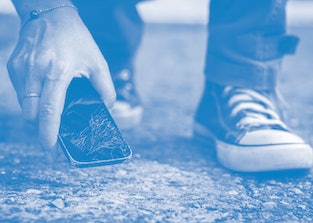 The New York Times has provided a primer on the current state of right-to-repair stances in the country. Nathan Proctor, a prominent right-to-repair advocate in the U.S. Public Interest Research Group, posits that Americans waiting a year to upgrade their phones could have the short-term effect of the equivalent of taking more than half a million cars off the road in environmental terms. The current right-to-repair movement could move consumer electronics away from the upgrade cycle and allow independent repair shops to thrive.

Planned obsolescence — If you feel like they just don’t make ‘em like they used to, you’re not wrong. A German study captured the beginning of a shift towards electronics with less staying power. Researchers found that the incidence of major appliances dying within five years of purchase rose from 3.5 percent in 2004 to 8.3 percent in 2012. And that’s from Germans, a nation we literally have an idiom about regarding their superior engineering.

The big players — At home and abroad, people are pushing for legislation that allows our electronics to be easily repaired in order to extend their use. A popular villain, Apple, is notorious for its tepid relationships with external repair shops. The relatively closed repair ecosystem is a potential pressure point in the Department of Justice’s inevitable antitrust suit against Apple. Apple making its devices ever harder to repair (like the abysmal butterfly keyboard which was one full piece that needed replacing if a single key went) doesn't help its case much, either.

Meanwhile, it’s leaving headphones and chargers out of the new iPhone boxes as some loose show of commitment to reducing emissions by reducing the shipping footprint. Of course, this just passes the emissions impact onto another company, results in separate Apple EarPod shipments, and puts the onus on shoppers to spend even more money on devices if they don't have all of the necessary accessories.

Look to the tractors — The right-to-repair movement isn’t limited to our devices and extends further back than smartphones. John Deere is a regular example brought up as it chains its users to its repair ecosystem after they've already spent a small fortune on the tractors themselves. Tesla is another company railing against the movement, sitting at the intersection of cybersecurity and tech that could legitimately be destroyed in the wrong hands — at the expense of drivers getting stranded thanks to something as simple as a flat tire.

If you can push your smartphone, tablet, or computer through another year, you could do a lot of good for the environment. Maybe by the time you’re ready to upgrade, you’ll be buying a device engineered to last.