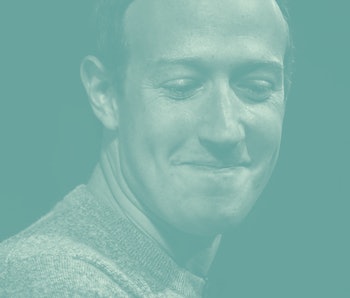 Yesterday, Facebook CEO Mark Zuckerberg and head of Instagram, Adam Mosseri, announced a number of new features for the latter social media platform aimed at allowing creators to generate more revenue from their content, including a marketplace to help match influencers with brands for potential sponsorships. The news just so happens to come as Apple rolls out its iOS 14.5 software update, which is generating sizable buzz for its App Tracking Transparency option allowing consumers more say in how their data is collected and monetized by third-party companies... third-party companies like Facebook and Instagram.

The creation of ‘creator shops’ — In addition to the new marketplace feature, Zuckerberg and Mosseri announced an expanded ability for users to build their own “creator shops,” which can then be linked directly to their Instagram pages. As CNBC notes, both Facebook Shops and Instagram Shops have been available on the platforms since last year, but the latest move opens up the venue to far more people. “That’s been especially important in the last year. A lot of physical stores have had to close during lockdowns, but online stays open... It can be a more personalized and convenient experience,” Zuckerberg said during his Instagram Live session with Mosseri, presumably while doing his best to hide his utter contempt for Tim Cook.

The latest move in a long battle with Apple — While countless companies aren’t thrilled with Apple’s new, front-and-center privacy focus, Facebook is undoubtedly one of the most powerful (in part because it generates so much money from its targeted advertising). With iOS 14.5’s release this week, it really isn’t too surprising to see Zuckerberg and company unveil a new swath of workarounds to Apple’s privacy upgrades, especially since Tim Cook’s crew has explicitly stated it intends to go after and punish anyone trying to sneak around the App Tracking Transparency update.

For its part, Apple hasn’t been shy about pushing back against Facebook’s tactics. Apple still has its own corporate agenda that remains heavily reliant on squeezing revenue out of virtually every third-party reliant on its products, so this really is a case of a pot calling the kettle black. Still, it’s nice to see someone making life at least a tad more difficult for Mark Zuckerberg, even if it is another tech giant responsible for said difficulty.