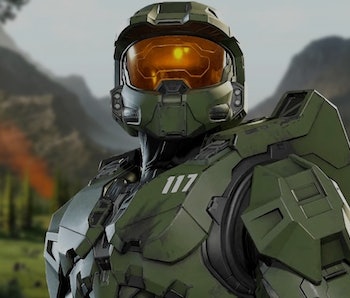 The waiting is over. After an initial launch for November 2020 was scrapped, Halo Infinite is now set to come out this holiday season on December 8. This information comes courtesy of an update in the Microsoft Store that Twitter user @ALumia_Italia spotted.

The news comes on the heels of a potential new multiplayer map leaking last week and while skeptical parties might chalk up this release date to an error on Microsoft’s end, it was corroborated by reporting from The Verge. An anonymous source confirmed to the publication that the December 8 date was, indeed, accurate.

“Forge” to follow — You will be able to grab the latest title from Xbox’s flagship franchise for Xbox Series X, PC, and Xbox One. But keep in mind that cooperative campaign and the sandbox-like “Forge” will not be available upon the game’s launch. Instead single-player campaign and a free-to-play multiplayer will be there for the release. Users have already gotten a taste of the latter through a beta that was released for Xbox Insiders a few weeks ago and it looks very clean and slick indeed.

Those interested in custom games on “Forge” or suiting up for the campaign with a friend will have to wait a few months. According to Joseph Staten, head of creative for Halo Infinite, a few kinks need to be worked out before these options will be available, which should be about six and three months respectively after launch.

Is this a return to form? — There have been a few setbacks for Halo Infinite’s debut so far. In addition to delays, there were less-than-favorable responses to a gameplay trailer released last summer that may have led the game’s developers to make significant changes. Oh, and also a global pandemic upended the timelines of everything, including our ability to wreak havoc as the Master Chief.

There was no mention of Infinite during Xbox’s Gamecon 2021 showcase, which is surprising given that Halo is the console’s premiere title. Kicking off the next-gen era with a successful iteration of the marquee franchise is a must, so, hopefully, the delays will have given the developers the requisite time to knock this one out of the park.

It’s comforting to know that a release date is locked into place (though, as Cyberpunk 2077 taught us, even “confirmed” release dates can be subject to change). The longer it took to announce a date, the more time the fandom would’ve had to let the existential dread creep in.