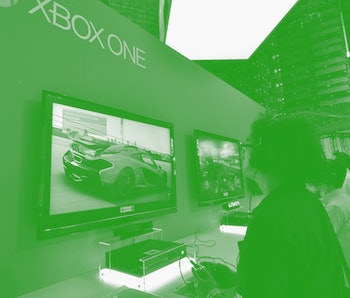 Microsoft is considering the acquisition of Japanese game studios as a means to gain traction in a country that's dominated by Nintendo and Sony. The Xbox One never found meaningful success in Japan, where only about 140,000 of the consoles have sold... compared to nine million units of its closest competitor, the PlayStation 4. Meanwhile, Nintendo's reigning champion, with over 15 million Switch consoles sold in the country to date.

Finding an opening — Bloomberg reports while Sony is turning its focus more towards the U.S. market, Microsoft may see an opportunity to make up ground with the Series X, launching November 10, by acquiring the types of adult-themed games that Nintendo shies away from. Analysts have said that the smaller Xbox Series S could be successful in Japan because home living space comes at a premium. The design of the PlayStation 5 has proven controversial thanks to its large physical size.

There's somewhat of a chicken and egg problem facing the Xbox — the install base of Nintendo's Switch and Sony's PlayStation means they have more leverage in securing exclusive titles. But a lack of exclusive titles reinforces a low install base. Overcoming that obstacle may be the real challenge.

Jet Set Radio 3? — Microsoft has been making moves to secure more exclusives broadly because not doing so was previously a problem that gave Sony the lead in the last generation of the console wars. Xbox Game Studios recently scooped up ZeniMax / Bethesda, the developer behind franchises like The Elder Scrolls and Fallout.

Many of the studios that Microsoft owns specialize in games intended for Western audiences first and foremost. Acquiring a Japanese studio — like Sega or Square Enix — would immediately give Microsoft a library of titles and characters popular there. Who knows, maybe we could get a revival of Sega's popular game Jet Set Radio. One Japanese studio, Koei Tecmo Games Co, confirmed to Bloomberg that Microsoft recently approached it about a potential partnership.

The company's Game Pass subscription gaming service, which allows gamers to stream console games to their phones for $15 a month, could prove popular in Japan as well, where mobile gaming is popular and internet connectivity is fast, ubiquitous, and cheap. In the past year, the Nintendo Switch has accounted for 89 percent of console sales, showing there's an appetite for mobile gaming.

The value of Game Pass combined with a roster of games that appeal to the market could make the Xbox Series X an attractive console in Japan. Or at least, one that's actually interesting to Japanese buyers, which for Microsoft would be a start. By finding success there, Microsoft could make up for the market share it lost in the Americas. At least, that's the idea.