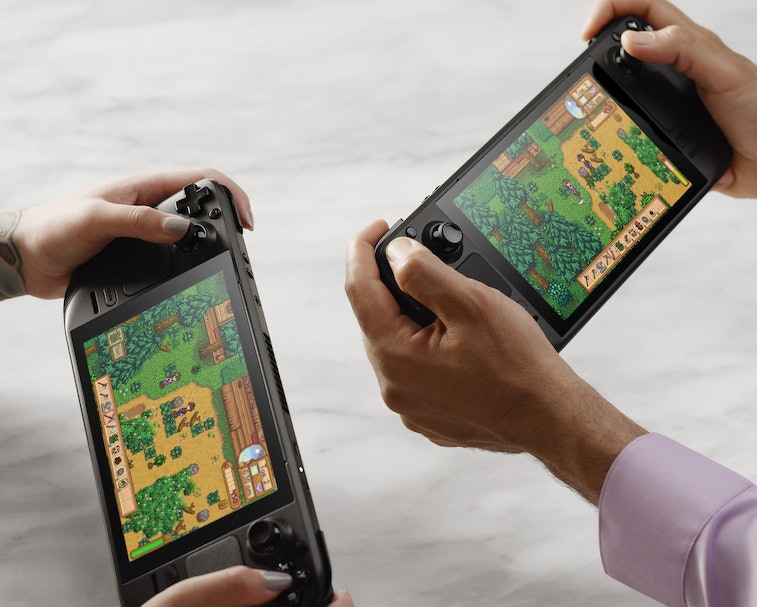 The Steam Deck was released at the tail-end of February to mostly positive reviews, which meant that dozens of tech-heads are clamoring to get their hands on one. Today, some patient souls in the Steam Deck subreddit reported that their order availability changed, but Valve says it's not a delay.

Several users in multiple threads in the subreddit say their order timelines are different: one user says the order date went from Q2 to "after Q2," and then finally Q3. Several said that their order status became more specific, such as "after Q2" becoming Q3, but others say they moved from "after Q2" to "after Q3." As such, it makes sense that they would perceive it as a delay.

When it’s done — Valve told IGN that these apparent moves aren't delays: they're giving these buyers more information on their spot in the queue, such as "after Q2" becoming a more concrete Q3. Valve further said that their spot in the queue has always remained the same, and that "after Q3" reflects their place in line.

“Reservation holders have always remained in a queue based on when they reserved,” Valve said. “...Those receiving 'after Q3' are seeing this specification to where their spot in line was already.”

Valve has talked a big game about the Steam Deck over the past few weeks, even teasing that it's already working on a follow-up. That said, it's easy to see how buyers might feel skittish about possible delays, given the massive chip shortages and other supply chain issues. After all, let's not forget that the Steam Deck itself was delayed from late 2021 to 2022. Just don’t ask about the stick drift.