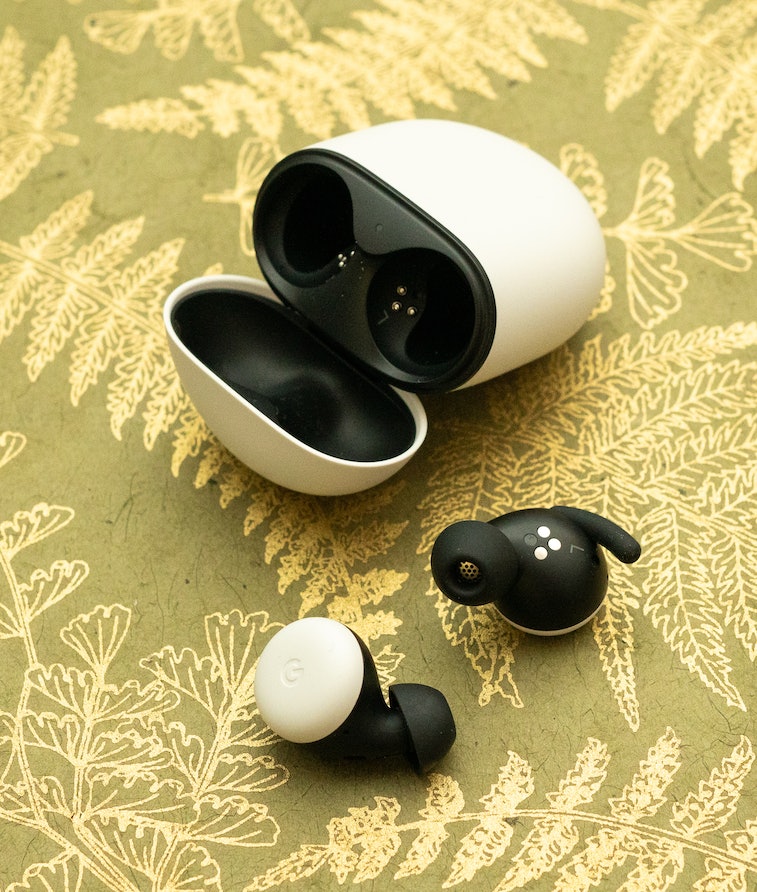 I’ll be honest: I had nearly forgotten about Google’s new Pixel Buds. And can you blame me? The true wireless earbuds were announced way back in October 2019 with the Pixel 4. The phone shipped last year, but the Pixel Buds are just now arriving six months later. Better late than never I suppose.

I’ve had the M&M-shaped earbuds in my ears for the last couple of days and they’re not bad for $179. Google got a whole bunch of things right, especially the fit and size of the case. But using the Pixel Buds left me with more questions than answers.

Had Google released the Pixel Buds last October, these would have been a hell of a value. But a lot has changed in six months. Apple released AirPods Pro and Samsung launched Galaxy Buds+. Both have upped the ante in terms of what I expect from wireless earbuds. The Pixel Buds feel behind the curve.

There’s really only one reason to buy Pixel Buds: you really love the Google Assistant. If you’re this person — you can’t live without it or you travel a lot and could use the real-time translations — then these wireless earbuds really stand out. They’re the most responsive Assistant-equipped earbuds I’ve ever used.

Super slick design — There are so many ugly wireless earbuds out there, it’s nice to see a pair of good-looking ones for a change. I love the matte finish on the case and the earbuds; they’re smooth and not too slippery. Each earbud has touchpad controls and they’re easy to remember: forward swipe to increase volume, back swipe to reduce volume, single-tap to play/pause, double-tap to skip to the next track, triple-tap to go to the previous song, and press-and-hold to activate the Google Assistant.

I appreciate that the Pixel Buds case is not much larger than an AirPods case; Apple set the standard and anything larger is an abomination. Mostly, I’m glad the case is narrower and taller instead of wider and shorter like the AirPods Pro and Galaxy Buds+ cases. It makes it easier to pop the case open with my thumb. The case also supports wireless charging, too.

Here’s how the Pixel Buds case stacks up:

I’m even impressed by the satisfying mechanical details. The buds snap magnetically into position with just the right amount of force when you place them inside the case and the hinge flips open and snaps shut with pleasant clicks. The fidgeting ASMR nerd in me can’t get enough.

Mega comfy — This is personal preference, but Pixel Buds are my new most comfortable wireless earbuds. They look better than AirPods Pro (no stems) and don’t bulge out as much like Galaxy Buds+. I’d love to see a teardown of what’s inside because these buds are compact and the rubber “stabilizer arcs” on each kept them tight in my ears. Not even the most intense head-shaking could knock them out my ears.

Good sound, but no noise-cancellation — I did a lot of earbuds switching to compare the Pixel Buds sound quality. After days of listening to a range of genres, here’s where I think Pixel Buds rank on sound quality compared to the competition (from best to worst):

I’ve included the prices for each pair so you can better understand their value. It didn’t surprise me that the Pixel Buds didn’t sound as good as AirPods Pro since they don’t have any noise-cancellation. I was surprised, though, that the Galaxy Buds+, which cost less, had superior sound quality.

Despite not having noise-cancellation, the Galaxy Buds+ did a better job sealing outside noise with its rubber tips; I could hear my upstairs neighbors shuffling across their wooden floorboards with Pixel Buds, but not Galaxy Buds+.

The lack of noise-cancellation is a bummer, but not a complete deal-breaker. But in a world where the Galaxy Buds+ exist, I wish the Pixel Buds at least had better noise isolation. The Pixel Buds have a feature called “Adaptive Sound” that’s supposed to automatically adjust the volume when you move from a quiet to loud place; Google says it’s like auto-brightness for volume. I tried moving from my quiet living room to my bedroom, which had an Echo Dot playing soft jazz at 50 percent volume to see if the volume automatically increased. I can’t say I noticed a major difference (yes, I checked on a paired Pixel 3a and OnePlus 8 Pro to make sure the feature was switched on).

Great battery life — A single charge is good for 5 hours of listening time. That’s the same as regular AirPods, 30 minutes less than AirPods Pro (with active noise-cancellation and Transparency turned on), and 6 hours less than Galaxy Buds+. You don’t need to be good at math to see that Galaxy Buds+ mops the floor with AirPods and Pixel Buds.

While not as long-lasting as Galaxy Buds, with the case, the Pixel Buds get 24 hours of total battery. Again, same as AirPods and AirPods Pro. Galaxy Buds last longer on a single charge, but the case only holds one additional charge for a total of 22 hours of battery life — two fewer hours than the others.

Five hours of battery life is still really good for such tiny buds. The only reason this would be inadequate is if you’re continuously listening during, say, a long flight. But who’s going on any of those this year? (Hah!)

You can summon the Assistant in two ways: with a “Hey Google” (or “OK Google”) command or press and hold down either earbud’s touchpad. I did a comparison with the Galaxy Buds+ and it’s night and day how much more natural the Assistant sounds on the Pixel Buds and how much faster it is at returning an answer. It’s strange considering the Galaxy Buds+ have three microphones compared to the Pixel Buds’ two on each earbud.

I could see the Pixel Buds being really useful for communicating with foreigners.

The improvements to the Assistant make all of the features in the first-gen Pixel Buds snappier. Notifications and messages sound less robotic when the Assistant reads them and real-time translations are faster. This speed for translations is killer. I asked the Assistant to translate simple sentences like "Where is the train station?" or "How much does this cost?" into several languages including Mandarin, French, Spanish, and Japanese, and got an in-ear translation instantly. There was virtually no delay. With the Google Translate app's real-time transcription, I could see the Pixel Buds being really useful for communicating with foreigners the same way Google Lens is indispensable for translating signage and menus.

The Assistant on my Galaxy Buds+ takes a few seconds to listen and process what I'm saying before giving me a translation. It also always seems to abruptly cut off at the end of a sentence, but that’s never the case on the Pixel Buds. In 2017, when I was testing the translation feature with the original Pixel Buds, I pit the real-time translation feature against UN conference interpreters to test for speed and accuracy. The earbuds did a good job, but I concluded they were no replacement for human translators. I can't vouch for translation accuracy, but I can at least say Google has improved the speed of translations significantly.

The only caveat to this instantaneous Assistant is that the Galaxy Buds need to be either paired to a Pixel phone or Android device running Android 6.0 or newer. iOS users don’t get access to the Assistant, nor do non-Android devices like laptops.

I wish they were cheaper — The entire time I was testing out Pixel Buds, I kept wondering why they exist. iOS users are probably not going to buy them because they don’t connect as easily or seamlessly switch with Macs as AirPods. And Android users would be better served with the cheaper, better-sounding, and longer-lasting Galaxy Buds+.

Sure, I understand they’re the perfect companion for Pixel phones, just like AirPods are for iPhones. But if you’re not a diehard Assistant user or really need the translation feature, these have very little to offer for either camps.

There are other little quirks that I didn’t go into detail, but bugged me about Pixel Buds. One major one: auto-pause when taking an earbud out is way slower than AirPods or Galaxy Buds+ and takes an extra second or two. It’s more of a gradual volume fade than an immediate pause. Adjusting volume with swipes also isn’t as precise as using your device’s volume buttons.

Google had me at the edge of my seat last fall. I couldn’t wait to get the Pixel Buds in my ears (especially the Oh So Orange ones), but these feel just a few steps behind the competition even though they're solid buds. The translation feature really shows off Google's AI prowess, but how often will you use it? If they were priced just a bit more competitively with $149 Galaxy Buds+ and $159 AirPods, they’d be a banger — $179 is tougher sell when there are really strong alternatives.