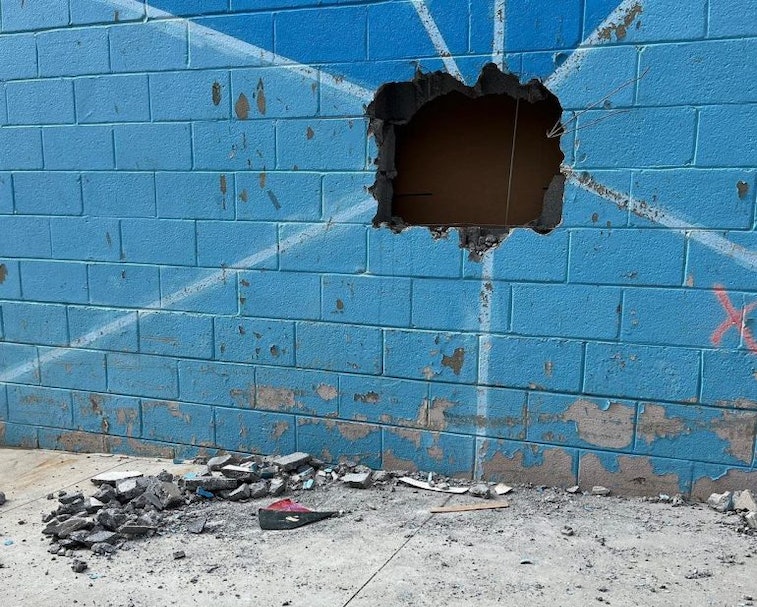 Following an unfortunate incident at the A Ma Maniére storefront in Atlanta, the label’s highly anticipated Air Jordan 2 collab is being put on hold. Early Thursday morning, an Atlanta Police Department officer was shot during an attempted burglary at the shoe store, according to reports from local news outlets.

Photos from the crime scene show the store’s rear brick wall sledgehammered all the way through in an attempt to enter. The APD officer who responded to the alarm was shot in the leg by the store’s security guard as the suspects fled the scene. Although the officer is expected to be fine, the security guard is being detained and questioned by police, according to a spokesperson from the police department.

What happens next? — According to an update from the boutique, the raffles for the sneaker and its accompanying apparel collection have been extended until May 8 for in-store entry, general raffles, and Discord member-only draws. As expected, the Atlanta shop is closed until further notice, and the May 13 release will be moved to a later date to be “announced soon.”

The incident brings new meaning to “back-dooring,” a long-standing process in which individuals are given early access to releases by shop employees. It also sheds light on the ugly side of sneaker culture and the willingness to commit crimes in order to make a quick buck off of stolen shoes. In March, police recovered $250,000 worth of stolen Yeezys in the back of a U-Haul, and there have been countless reports of shoes being lifted by delivery drivers.