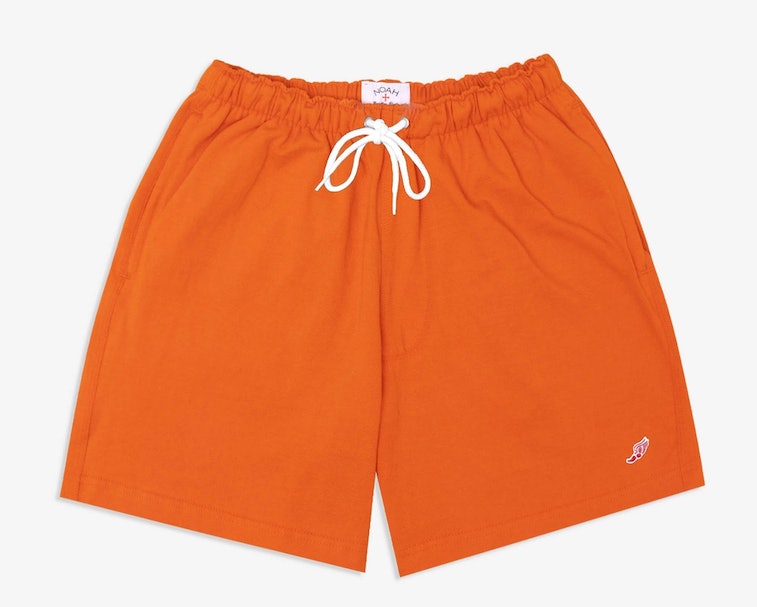 Earlier this week, inspired by Twitter’s obsession with them, we put together a list of the best Nike shorts you can buy. Despite their casual nature, wearers and observers have professed their love for Swoosh-branded shorts and their ubiquity during the summer.

But why reduce it to Nike? There are countless bangin’ athletic shorts out there that are up to lounging at home or getting a summer fit off. It’s not as if the Beaverton giant has a monopoly on the, umm, anatomical highlights that free flowing shorts encourage. A hot boy summer has many paths, and in a bid to widen the scope we’ve rounded up 10 more shoots from brands other than Nike.

What follows is fits into a range of budgets, from cheap shorts you can dress up mildly to completely absurd luxury options. Pick up a pair (or few) to live your best summer life and possibly attract attention from onlookers.

Rowing Blazers recent collaboration with Umbro put classic prep prints on soccer attire to surprising appeal. Most sizes are sold out through Rowing Blazers’ site, but you can still scoop up the collab from the Project Greenhouse app.

Low frills and a high payoff come are awaiting through these quintessential athletic shorts from Reebok. They’re sweat-wicking, which will be useful in warm weather even if you aren’t working out.

Rugby shorts are just a tad thicker than your standard sweats, meaning they’ll hold up for much longer even if you’re nowhere near a scrum.

Opening Ceremony as a boutique may be no more, but it’s still putting out its own range of bangin’ basics. The French terry here is faded, giving it a stylistic upgrade to go along with the rose embroidery.

Rhude’s Marlboro logo-inspired shorts have become one of its most essential pieces of apparel. Your favorite NBA player has probably worn them in the pre-game tunnel, and you can probably wear them even better without much effort.

Whenever Adidas uses its leaf logo the item it’s on instantly becomes more appealing. Gradient stripes give these shorts a further boost, and at under $50 they’re a no-brainer pick-up.

Needles is known best for its track pants, but don’t sleep on its basketball shorts. The Japanese brand routinely does them up in patterns you’d never expect to see on athletic shorts, this time a Dobby stripe from India.

John Elliot’s Game Shorts come in a wide range of beautiful prints. The topographical pattern on these joints may just flatter your own... topography.

No one needs $850 shorts with a bootleg NHL logo, but dammit if we don’t want them hard.

Good luck finding a hoodie from Fear of God designer Jerry Lorenzo’s affordable Essentials lines. Fortunately, don’t need to turn to the resale market to get your hands on its lesser fawned over cotton jersey shorts.