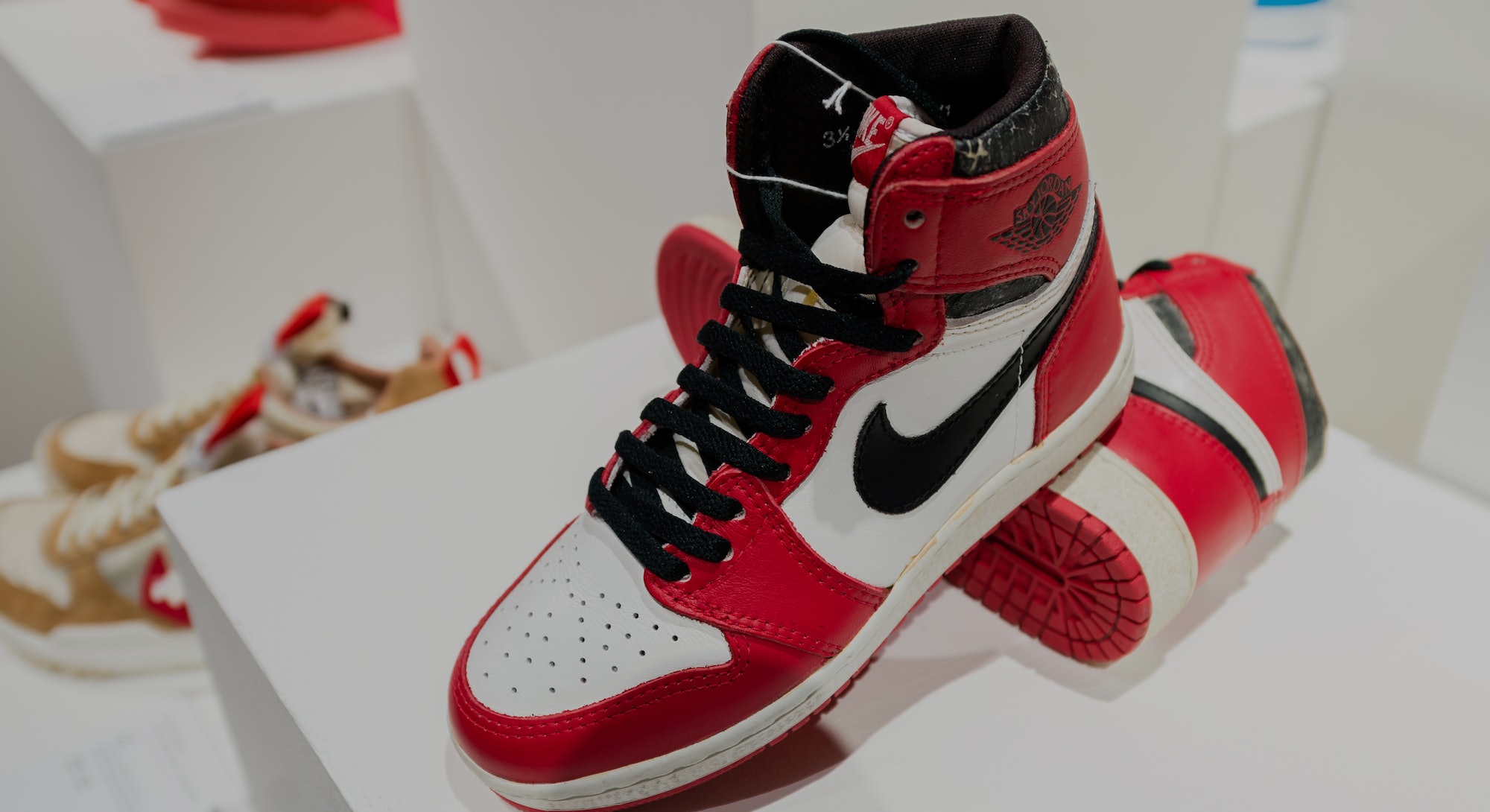 That year, when the application still hadn't made a name for itself in the streetwear space, GOAT tried to lure in sneakerheads with the promise of giving them the chance to buy some of the hottest styles then at their original retail price — including Kanye West's Adidas Yeezys and Supreme's Jordan 5 collaboration.

To a certain degree, the marketing campaign worked, as more than 100,000 people downloaded the app. But there was one big problem: GOAT simply wasn't ready for that kind of traffic at the time, and as sneakerheads poured in looking to take part in the Black Friday event, its servers came crashing down and the app refused to work for most customers. "Chaos ensued, nothing worked. It was a pretty traumatic experience internally," Lu told Input in an interview. Looking back, even though it was painful, I would do it a thousand times over... because while we were hated in the moment, we never looked back as a company because people started to understand our value."

In 2020, GOAT is sitting in a much more comfortable spot. The company is now touting over 30 million members, thanks in large part to a service that has made it incredibly easy for them to buy and sell sneakers — in a way that's safe and that guarantees every pair is authentic. GOAT has also expanded beyond footwear to offer apparel from the world's most hyped brands, such as Acne Studios, Gucci, Margiela, Off-White, Saint Laurent, and, of course, Palace and Supreme — although this feature seems to be on pause right now due to ongoing legal dispute between GOAT and another firm with a similar name, "Goat Fashion."

“Chaos ensued, nothing worked. It was a pretty traumatic experience internally.”

A lot can change in five years, and Lu says that although his team will never forget the Black Friday from 2015, it was that blunder which essentially fueled the GOAT of today, one that's become a staple among the streetwear community and a main rival to competing apps like StockX and eBay. "We literally never looked back and kept growing every single year from that point forward," he said. "So, for us, every Black Friday is a way of celebrating the community, saying thank you, and giving back to them every single year."

For this Black Friday, GOAT is planning to make its week-long event bigger than ever before, following previous year's where it has rolled out ideas such as augmented-reality scavenger hunts. Starting Friday, November 20 through Friday, November 27, Lu and his team are planning to give GOAT app members exclusive access to daily sneaker drops and the chance to win more than $100,000 in GOAT store credit, as well as "thousands" of other prizes that include a rare and ultra hyped Supreme x Pearl drum set that's valued upward of $13,000.

Naturally, 2020 is slightly different for everyone since it arrives amid a global pandemic, which is why Lu says it's now even more important for the company to find new and entertaining ways to give back to the community. But, aside from not forcing people have to purchase anything from GOAT to take part in its Black Friday event, Lu says it was equally crucial to make the entire experience educational for sneakerheads and hypebeasts. Last year, GOAT featured legendary Nike shoe designer Tinker Hatfield in a trivia round, and in 2020 the app is building on with daily quizzes that will reward those individuals who are the most knowledgeable in sneaker culture.

“Our job is to educate and inspire the community.”

GOAT's daily trivia contests will be hosted by celebrities and fashion industry personalities like Saweetie, Asap Nast, Steven Smith (Yeezy designer), and Kyle Kuzma, the Los Angeles Lakers player who became the company's first signature athlete in 2018. These trivia rounds will be live on the GOAT app every day, and they'll cover anything from boutiques to "artists and musicians who have influenced sneaker culture over the past decade." Lu says that the idea is simply to engage on a deeper level with those who are passionate about sneaker and streetwear culture, and that it doesn't just feel like another shopping holiday.

"Every aspect of our Black Friday event will pay homage to the greatest thinkers from the past, present the future," said Lu. "We're just gonna make sure it's bigger and bigger every year, especially this year when there's been so much pain and suffering going on in the world. And we want to make sure it's a very big 'thank you' and just a celebration for our community to say, 'Hey, 2020 is ending, let's really go out with a bang and enjoy.'"

Lu also talked about the effects COVID-19 had on GOAT's business in general, and how it went from creating a period of uncertainty for both buyers and sellers, to completely booming due to cultural online events like the debut of ESPN and Netflix's The Last Dance documentary — which created an even bigger buzz around Nike's Air Jordan sneakers. Still, Lu knows 2020 has been challenging for everyone, and he wants to use this year to show the GOAT faithful (and the newcomers) that the app can also give back to them.

"There are a ton of marketplaces that are purely transactional in nature, and they're just trying to make a buck off the consumer," he said, short of mentioning StockX or eBay by name. "We have a longer-term thinking. We want to create an emotional experience, rather just a transactional experience, and I think that shows us being very authentic."

Ultimately, Lu says GOAT doesn't want to come out as tone-deaf that pushes people to buy, buy, and buy, particularly at a time when so many are struggling financially. "We want to lead with a point of view on culture and style," he noted, pointing to the app's focus on curation and editorial. "Our job is to educate and inspire the community, so that even if they don't buy something now, they're getting educated so that they become increasingly bigger sneaker enthusiasts overtime for when the time is right."