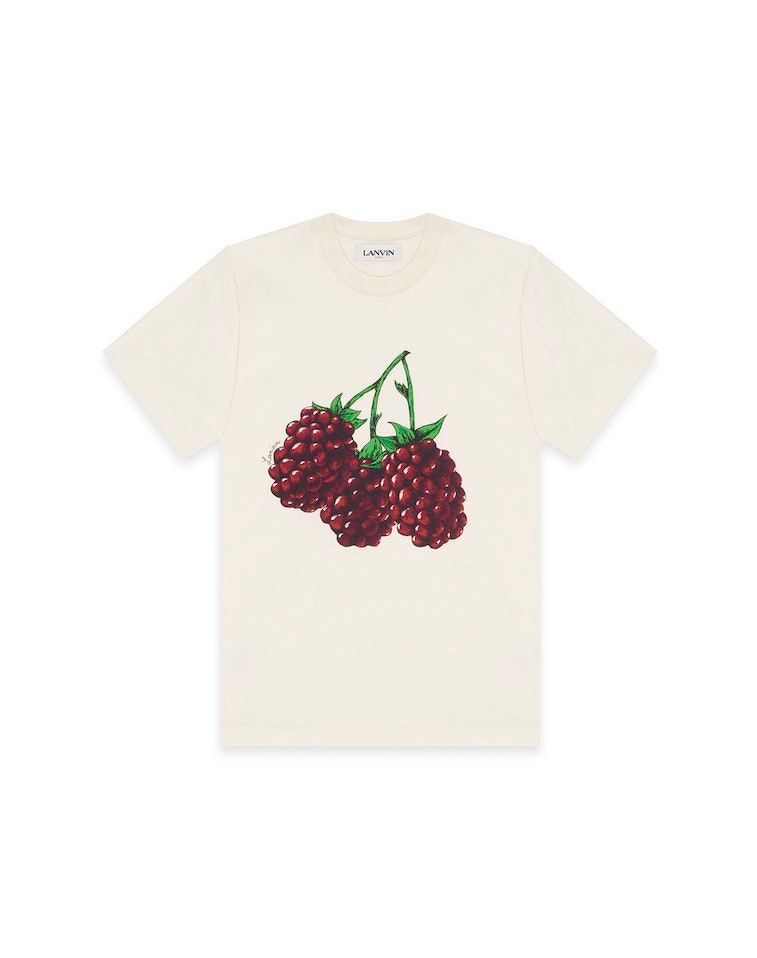 Fashion can get pretty weird, and in 2020 that sentiment has been no exception. From smart rings that can replace your credit card to Bad Bunny making Crocs couture, it seems brands are willing to risk it all despite the pandemic affecting sales. So, naturally, next on the agenda are scratch-and-sniff T-shirts designed by Lanvin, the oldest fashion house still in operation.

This week, the New York Times featured that bizarre tee, describing its scent as “faint but not subtle.” I can only imagine the smell that accosted the poor writer of the feature (or their desperate intern). Anything scratch-and-sniff is off-putting to me, mainly because it makes me think of those scratch-and-sniff Cabbage Patch dolls. When I saw this T-shirt, I had so many questions, emotions, and an instant headache. Who was paying that much for a scented tee? And why was it made in the first place? Its obscurity hypnotized me.

This t-shirt smells — First off, there’s a different scent for each gender, so… do with that what you will. The shirt comes in four sizes and three smells — cherry (for men), blackberry (for women), and strawberry (for anyone). According to the NYT, the cherry smelled like cough drops and the blackberry came off as artificial grape — meaning, if you like Robitussin, you’ll probably love this shirt.

Even if the scent doesn’t bother you, how do you keep the shirt, well, smelly? You’ll consistently be scratching on the corresponding graphic of your chosen scent. Plus, what if you scratch too hard and the smell fades forever? Lanvin says the scent should last 50 washes, but make sure to hand-wash only — otherwise there goes your money down the drain. Alternatively, avoid washing the tee for added longevity. That way, the scent will be strong enough to mask the eventual stress sweat it gives you.

It’ll cost you — The shirt comes with a price tag of $590, which is actually a bargain considering other luxury brands like Louis Vuitton are selling unscented plain t-shirts for $420. The Lanvin shirt costs $10 to ship, however, which I understand is the biggest reason for them not performing well.

It seems odd to release a scratch-and-sniff tee now, amid a pandemic where many are losing their sense of smell. But, the T-shirt proves people are also losing their taste in garments and, perhaps, their minds in general. Sure, the graphic is cute, but I’m not really interested in smelling like the idea of a blackberry.

Indeed, the T-shirt is best suited for someone with money to spare, or someone working from home with no time to do laundry. And, as for how are brands are getting away with this? That's an ever-evolving question in the world of fashion — but, hey, at least Lanvin isn't trying to 'unite' Americans with a tone-deaf hoodie that doesn't even exist. If you’re still interested in smelling (and looking?) good, there are a few strawberry scented tees left on Farfetch up for you to grab. Godspeed.