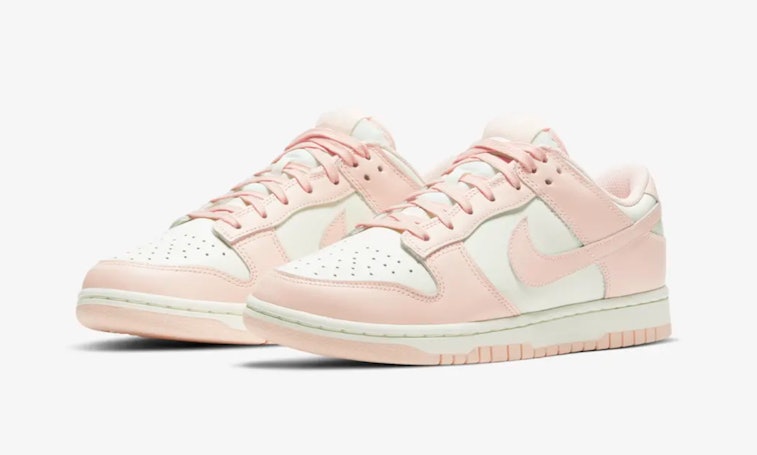 With Nike turning its Dunks into draws on its SNKRS platform, the silhouette is becoming increasingly harder to cop — despite the brand’s best efforts. Still, the Swoosh has a bunch of Dunk models lined up to drop soon, one of which can be bought on the spot instead of hoping you get a pair through its draw. And while all the upcoming Dunks are marked as women’s exclusives, we know that won’t stop sneakerheads from trying to score a pair.

Since last year, it’s become near impossible to secure a pair of Dunks without paying top-dollar for resale — especially if you’re a woman in streetwear. There’s no doubt that the sneaker world is mostly male-dominated, but with more demand than supply, it’s hard for brands to control who’s getting what. Plus, as labels roll out women’s exclusive designs, how could anyone not want a piece of the pie? Ultimately, it’s up to brands to fairly distribute their products — which Nike has proven not so great at.

Draw for your Dunk — Regardless, we’ll try in vain to score the upcoming Dunk models on SNKRS. The first silhouette to drop is a “Syracuse” Dunk High, which sees the classic two-toned white and orange make-up inspired by the school’s team colors. Its drop is a nod to two previous releases — last year’s “Syracuse” Dunk Low, and the original ‘85 launch of the “Be True To Your School” series. The signature retro design hits SNKRS on March 10, where it’ll retail for $110, given you win a spot in its draw.

At the same time as the Syracuse drop, you’ll also be able to enter a draw for another classic. Keeping it simple, a women’s exclusive Dunk Low comes dressed in black and white to make up a super clean sneaker. Don’t think the plain design will scare away other sneakerheads, though — if anything, it might make the model more popular. Your luck is up to the draw now, and if you do score a pair, it’ll run you $100 even.

Open season — Perhaps the coveted of the three pairs is the women’s “Orange Pearl” Dunk Low. But it isn’t the design that has heads turning: The sneaker is one of the few Dunks not up for a draw on SNKRS. Instead, consumers once again have the opportunity to race against each other for the in-demand model, and there’s nothing compared to the thrill of shoe-chasing on the platform.

As for its design, the Orange Pearl lands between the bright Syracuse Dunk and the accompanying black and white classic to create a soft pastel sneaker. With traditional two-toned color blocking, the shoe boasts “Sail” leather on its upper, with light pink “Orange Pearl” overlays and Swooshes. The muted color also graces the shoelaces, sock liner, and outsole.

The spring-hued Dunk Low drops on SNKRS on March 15, and is priced at $100. This time around though, sneakers are first come, first serve — and not everyone will be celebrating a “Got 'em.”