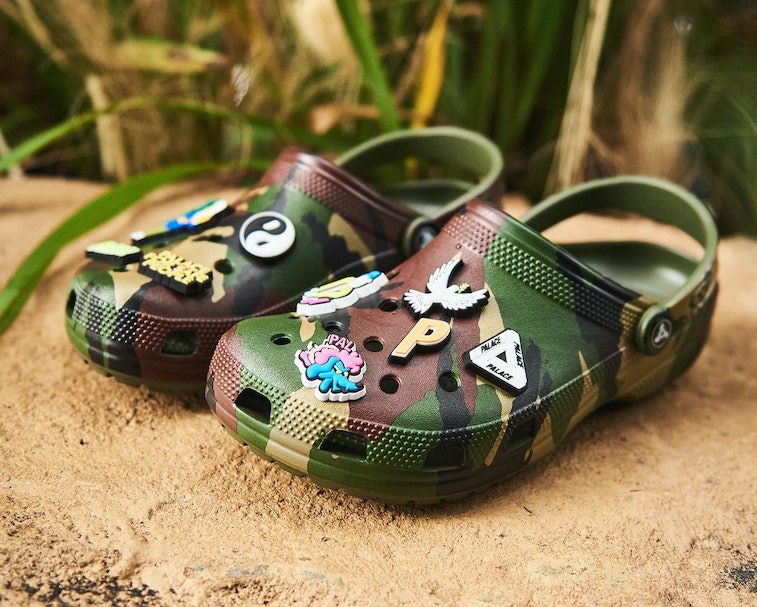 This week, Palace is set to release its second pair of collaborative Crocs, and it’s sticking with the same blueprint of camouflage and cheeky Jibbitz.

Jungle camo comes in darker on the Classic Clog than the desert pattern Palace used earlier this year, and the custom Jibbitz are even better this time around. Our favorite of the lot is easily Albert Einstein drinking a beer, but we’re also partial to the qualifying statement, “Palace for safe people.” What exactly does “safe” mean in this context — is the brand shouting out the healthcare workers who love Crocs, or is it standing up against tomfoolery? Whatever the case, we endorse the idea that Palace is indeed not for everyone.

While it doesn’t technically fit in the category, Crocs Classic Clog was undoubtedly the sneaker of the year as the masses came around to the fugly design in the name of comfort. The company reported a whopping 73-percent rise in revenue for Q3 2021 compared to the same year prior, and we’ve yet to see any signs that the trend will die down in 2022. 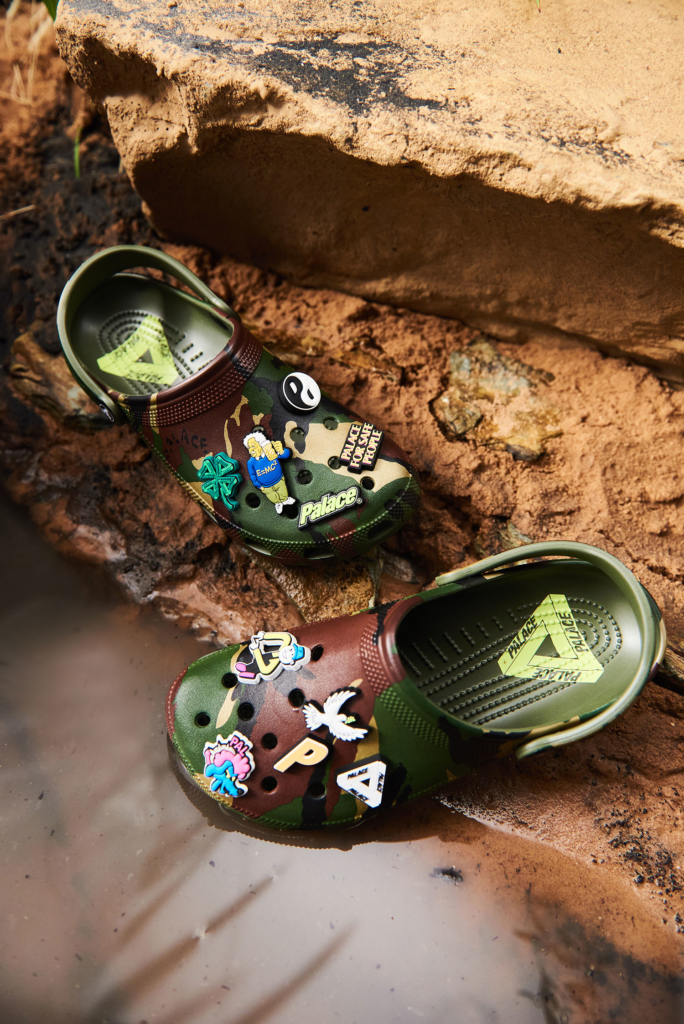 One last hit for 2021 — Crocs already has a similar in-line camo Classic Clog, but what sets the London skate brand’s collaboration apart is, as a David Attenborough-esque narrator says in the promotional video above, "brightly colored Jibbitz with funny little pictures on them to attract potential mates." Palace’s name is also nominally hidden on the camoflauge foam exterior, while the brand’s signature Tri-Ferg logo appears inside on the footbed.

Additional highlights amongst the Jibbitz include a dove and yin-yang symbol continuing to emphasize peace, as well as a shamrock and a couple of characters specific to Palace. None of this is actually going to attract whatever sex it is that you’re interested in, of course, but it should give you at least a fleeting moment of happiness — which is all that really counts.

Palace’s Crocs are slated to release as part of its weekly drop at 11 a.m. ET this Friday, December 31, through both its website and physical stores. Pricing has yet to be announced, but one of the strongest aspects of Crocs’ surge in popularity is that its collaborations never bring a significant markup.