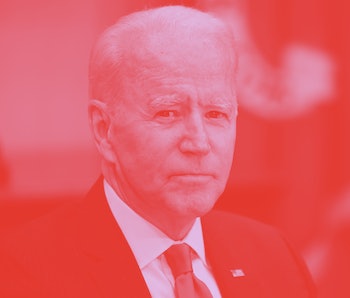 Last Friday, President Biden made good on one of his campaign promises by issuing an executive order featuring dozens of initiatives aimed squarely at breaking Big Tech companies’ monopolistic hold on the market — but one, in particular, is standing out to many in the industry. As the official White House press release states, Biden’s EO intends to, “make it easier to change jobs and help raise wages by banning or limiting non-compete agreements.” While the Biden administration does not specifically mention Silicon Valley corporations, it is clear the mandate is aimed squarely at companies like Amazon, Google, Apple, and Facebook, who have long included infamously restrictive non-compete clauses for many of their employees.

As Brad Stone at Bloomberg notes, however, the effectiveness of Biden’s executive order remains to be seen, especially when EOs are easily reversed whenever a new administration from the opposing party assumes power. At the same time, Big Tech is finding it increasingly difficult to push back against the waning popularity of non-compete clauses, especially in such a pro-free market era of the American economy. “At a time of almost puritanical concern over the sanctity of free-market competition, such covenants have a serious branding problem. The very name, non-compete, makes them unpalatable,” Stone explains.

With little pushback expected on this aspect of Biden’s executive order, increased career mobility along with new incentives to create competing startups could finally start shaking the foundations of Big Tech dominance.

The attempt to hold Big Tech accountable continues — Biden’s latest move may be one of the more dramatic displays so far, but it comes after months of politicians’ continued pressure on Big Tech giants over their immovable industry dominance. These days, taking on companies like Amazon, Google, and Facebook appears to be one of the only projects that unifies many elected officials on both sides of the aisle (although one side may have far more legitimate criticisms than the other).

Big Tech isn’t doing itself any favors — It’s not like those at the top of these behemoth companies are helping out their images, either... what with the billionaire bro space race continuing unabated, constant data privacy concerns, and Jeff Bezos just, y’know, still being himself. While these corporations will obviously be a major part of our lives for years to come, at least there are finally some attempts to create a few lines in the sand for them.