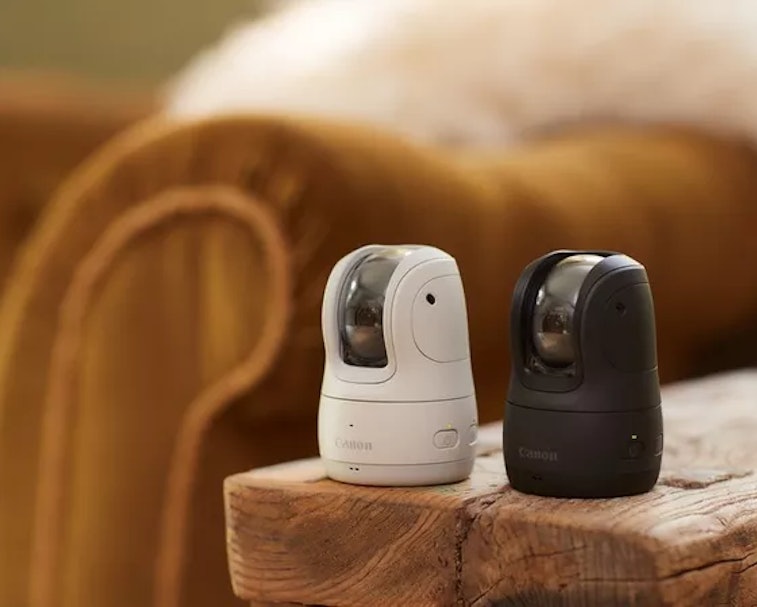 Canon’s latest release, the PowerShot PX, is an always-on home camera that uses artificial intelligence to snap quick shots of cute memories. It’s a very normal home surveillance camera, really — just instead of nabbing home invaders, it’ll help you take photos of your kids drawing all over the walls. Or something cute like that.

The PowerShot PX isn’t just always watching. It’s always analyzing, too. The camera is trained with custom machine learning models to follow faces and automatically choose when to take the best photo. It’ll even try to frame the photo perfectly so you don’t end up with an extreme close-up revealing all your pores.

Canon wants you to know this thing is much more impressive than your smartphone camera. The 11.7 MP, 1/2.3 CMOS sensor takes the kind of photos you’d expect from an entry-range DSLR. But you’ll pay a hefty price for those memories: It’s retailing for €499.99 (a little under $600). And you’ve gotta be comfortable with its ever-watchful eye.

Point and shoot — This camera is mostly meant to be a set-and-forget type deal. The 340-degree pan mechanism and 110-degree tilt give the camera a pretty stellar range of motion. It is rechargeable via USB-C, though, so you can take it from the living room to the kitchen without much hassle.

The auto-shooting feature is the Powershot PX’s biggest selling point, but it can also be used to take photos manually. All you have to do is say, “Hey Pixie, take a picture.” (Apparently the camera’s name is Pixie.) Photos can also be taken manually via a connected smartphone app.

It’s still surveillance — The Powershot PX is a cute idea. Plenty of parents will surely fall for the charming premise of never having to actually think about taking pictures but still ending up with pictures. But, um, it’s still a surveillance device.

Pixie’s main selling point is that it can keep an eye on you and your family at all hours of the day. That’s not to say Canon’s intentions are malicious — but not everyone will be open to photos of them being taken at random throughout the day, you know? It really is similar to buying an AI-equipped home security camera, though consumers may not see it that way.