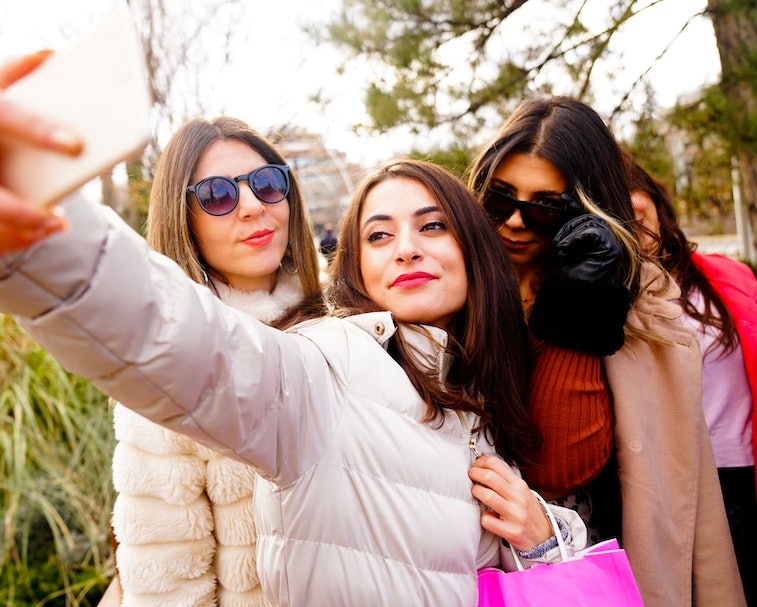 Some early adopters of Apple’s forthcoming iOS 14 are noticing that the Instagram app is apparently accessing their iPhone’s camera even when they aren’t snapping pictures. The Verge first reported on the peculiarity on Monday. When pressed about this new, surprising feature, Facebook and Apple gave somewhat conflicting explanations... which isn’t troubling at all.

Green means go — The invasive add-on (or glitch, depending who you believe) came to light after eager iOS 14 beta testers began noticing a green dot at the top of their screens, which is an indication an app is using a device's camera and / or microphone. It's part of a handful of new privacy features in iOS that are focused on alerting users when apps are accessing specific services. Apple has long offered a similar, visual indicator when apps use location data.

Mixed messages from Facebook and Apple — Unfortunately, when the issue was raised with both Apple and Facebook (which owns Instagram), different explanations emerged. A Facebook spokesperson stated, “We only access your camera when you tell us to – for example, when you swipe from Feed to Camera. We found and are fixing a bug in iOS 14 Beta that mistakenly indicates that some people are using the camera when they aren't. We do not access your camera in those instances, and no content is recorded.”

However, Apple confirmed that an iPhone’s “recording indicator” will only turn on “whenever an app is using the mic or camera.” So, either the indicator light is turning on accidentally when users’ cameras actually aren’t in use thanks to a bug, or Facebook isn’t being completely honest with its customers.

Unfortunately, both possibilities are equally likely. Facebook has a worrying history when it comes to its scant regard for user privacy. But don't forget, as we have recently learned, Facebook will likely claim what we think is an invasion of privacy is actually patriotism.

Still in beta — Because iOS 14 is still in its public beta testing phase this problem will doubtless be fixed before the production version of the operating system hits devices. Still, it's hard not to feel this is another instance of consumers noticing Big Tech (including Instagram) asking for forgiveness, not permission.