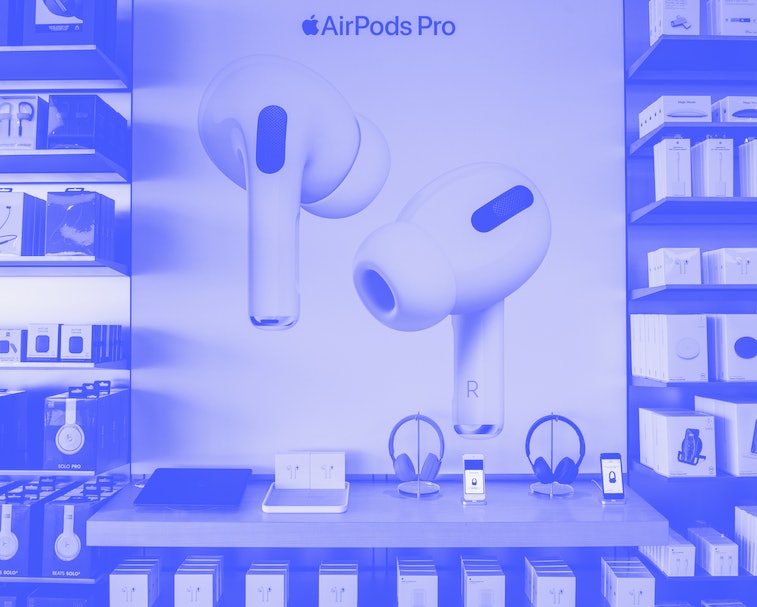 An iOS 14 code leak discovered by 9to5Mac shows off a slew of new features for the next iteration of Apple’s mobile operating system. Though none of the features have been confirmed by Apple, they give us a fairly detailed glimpse into what's next for iOS.

The icons are simple greyscale drawings of basic headphones, so they don’t reveal much beyond the fact that Apple is indeed lining up details for the product’s release. 9to5Mac speculates that the two versions of the icon — one mostly white, the other mostly black — could mean we’ll see at least two color options for the headphones and that they'll include some of the features seen in AirPods, like Apple's W chip that promises incredible range.

Next-gen accessibility — One of the most intriguing aspects of the iOS 14 leak is the possibility of new accessibility features like sound-detection. The leak reveals code for a feature that will be able to detect sounds like sirens, fire alarms, doorbells, and crying babies, which will then be translated into iOS notifications for those with impaired hearing.

The iOS 14 leak also seems to include code for a feature that will use camera support to detect hand gestures — something Google's brought to Android with its latest feature drop — and improved audio tuning for AirPods or EarPods.

And a home screen app list — The leak also suggests a new method for viewing a full list of your available apps. Until now, apps have only been viewable on their individual home screens or by completing a Siri search. It looks like iOS 14 could have an option to view a full, scrollable list of your installed apps. The list will have a few sorting and filter options, like the ability to view only apps with new notifications.

This is a feature Android and other mobile operating systems have used for a long time, so it would make sense for Apple to get on board, too.

Apple hasn’t yet revealed a release date for iOS 14, but it tends to get released in beta to developers following WWDC and arrive for consumers around September with the launch of new iPhones. If this leak is anything to go by, the update will be one rich with new features — many of which will make the iPhone easier to use than ever before.