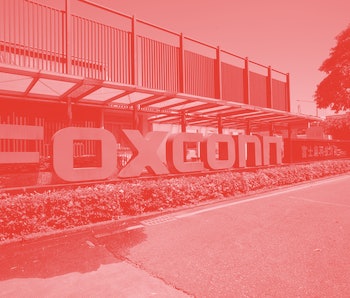 Production of Apple products could face some disruption as a result of the deadly coronavirus outbreak in China, according to Bloomberg. The majority of the world’s iPhones (Apple’s largest business) are produced by Foxconn in Zhengzhou and by Pegatron, near Shanghai. Neither are close to Wuhan, where the outbreak is thought to have originated, but confirmed coronavirus cases have been identified in the province of the Pegatron location.

Any travel restrictions similar to those imposed in Wuhan (11 million people are on lockdown) could mean fewer workers on the manufacturing line; local governments may also shut down large factories in order to avoid further spreading of the virus.

Apple will probably be fine — Its next big iPhone release isn’t expected until September, and the company’s skilled supply chain management means it has backup partners who can produce essential parts in the meantime. The company also has a factory in India that still produces the iPhone SE.

Apple is expected to have a strong 2020 for iPhone sales, returning to a small amount of growth, and these disruptions threaten to put a damper on that if the outbreak isn’t contained quickly enough. The iPhone SE 2 is anticipated to launch in February so there’s not exactly a lot of room for error in the short term if production is slowed.

Either way, I’m sure the company, currently worth $1.4 trillion, will survive this turbulence. Investors aren’t going to abandon ship over rare circumstances like this, and looking at the stock chart I don’t see any effect. But it certainly demonstrates the potential knock-on effects of the virus on a global basis.

Apple’s biggest competitor Samsung will fare better as the company conveniently ended smartphone production in China last year. Bloomberg noted in its report that Apple frequently sends employees from Cupertino to China in order to work closely on new product launches, and that could also be impacted if the company decides to pause travel to the country. Last year United Airlines reported that Apple was spending $35 million per year flying employees between San Francisco and Shanghai.