Reddit's commitment to improvement brings in $400 million in investments 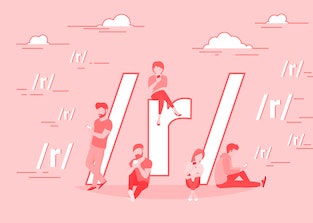 Reddit, the social network known for hosting message boards on every topic known to humanity, is now worth more than $10 billion, according to the company’s own math. That makes it three times as valuable as it was two years ago.

The company raised approximately $410 million in funding this round, led by Fidelity Investments, a corporation that’s invested hundreds of millions in other tech companies like Microsoft, Apple, Facebook, Nvidia, Alphabet, Salesforce, and Amazon. Reddit expects this funding round (Series F for the company) to end up with a total of about $700 million in new investments.

Ten billion is small potatoes compared to the likes of other major social networks; Facebook has a market cap of more than $1 trillion, for example. But Facebook is a publicly-traded company, where Reddit is still entirely private.

That might change sooner rather than later if Reddit has its way. When that might happen is unclear, though. Co-founder and CEO Steve Huffman told The New York Times: “We’re still planning on going public, but we don’t have a firm timeline there yet.”

Exponential growth — Reddit has long been a valuable company. Even in its early days, the site showed so much promise that Condé Nast purchased it outright just a year after its launch.

Around 2014, though, the company’s implicit value really began to gain traction in the investment world. A $50 million funding round that year brought the likes of Snoop Dogg, Peter Thiel, Marc Andreessen, and Jared Leto on board as investors.

From there on the valuation just kept ballooning. A company called Advance Publications — a media company with majority stakes in the Discovery Channel, Wired, and Condé Nast — is the majority shareholder in Reddit, these days, but other big companies like Tencent have spent tens of millions on Reddit, too. By February 2019 Reddit was valued at $3 billion; earlier this year it hit $6 billion; and now, that figure has surpassed the $10 billion mark.

Those commitments have kept the site very popular over the years. Reddit counts 50 million daily active visitors and more than 100,000 subreddits. But revenue is still tricky for the company — most of its profits come in through advertising, and bigger tech companies like Facebook and Google suck up most of that.

Still, Reddit has managed to keep improving its revenue over the years. This year the site hit $100 million in advertising revenue for the first time, a 192 percent increase from the same quarter in 2020.