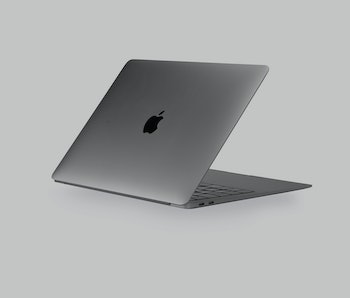 There's a new investor note out today from Apple analyst Ming-Chi Kuo which says that Apple is planning to revise the 13-inch MacBook Pro later this year. The laptop would be bumped up to a 14.1-inch display with mini-LED technology and also see Apple replace the much-derided butterfly keyboard with a scissor switch Magic Keyboard.

Kuo states that Apple will also refresh several of its other products with mini-LED this year, including the 27-inch iMac Pro, the 16-inch MacBook Pro, and the 10.2-inch iPad. The note doesn't specify exactly when in the year these updates will arrive.

Mini-LED screen panels are said to offer a wider color gamut, higher contrast ratios, and higher dynamic range, among other benefits. The panels are also supposed to be thinner than OLED and immune to burn-in.

Ding-dong, the butterfly keyboard is dead — We've been expecting Apple to refresh the 13-inch MacBook Pro ever since it pushed the 15-inch model to 16-inches last year and dropped the butterfly keyboard. Customers really weren't fond of that keyboard design because it was loud, but more importantly, often suffered jammed keys caused by the small particles and debris. Apple worked to fix the butterfly keyboard by inserting rubber membranes under the keys meant to thwart your Cheeto dust, but eventually raised the white flag and has begun moving away from the design altogether. The company initially touted the butterfly keyboard as being thinner than other designs, therefore allowing the computer to slim down. Consumers were reasonably unhappy with that trade-off.

Coronavirus isn't stopping these updates — Kuo says that Apple's plans to release the new mini-LED products are unaffected by the coronavirus outbreak that's been wreaking havoc on international supply chains and the global economy. CEO Tim Cook recently said in an interview with Fox Business that its contract factories in China are beginning to reopen as the country (apparently) gets better control over the outbreak. That seems a bit dubious as the outbreak spreads to other countries, and Apple's supply chain relies on parts from around the world, but that's the word from the chief.