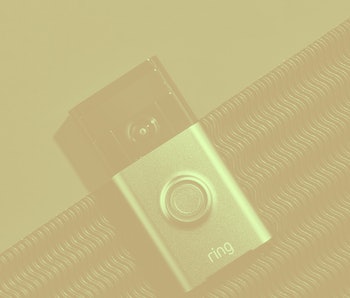 The Electronic Frontier Foundation (EFF) has found that Ring’s Android app shares user data with at least four third-party tracking services, including Facebook via its Graph API. The information being shared includes users’ names, IP addresses, and which mobile network they use, along with other “persistent identifiers”. The EFF says not only is this taking place without users’ consent, but that the information creates unique, digital fingerprints of users and their devices.

There’s no such thing as anonymized data — As we saw in December when the New York Times released a damning report on leaked location data gleaned from 12 million devices, there’s no such thing as truly anonymized data. Even if Ring is only letting third-parties use data from its Android app for targeted advertising, as the EFF points out, allowing them to do so is tantamount to letting tracking companies “spy on what a user is doing in their digital lives and when they’re doing it.”

Ring is rivaling Uber for back-to-back debacles — The Amazon-owned smart doorbell and IP camera company previously fired four employees because they were watching users’ video feeds, has had to contend with hackers harassing users via Ring devices, and has seen 1,500 user passwords leaked and circulated on the dark web. Both Ring and its parent company are also facing a federal lawsuit for negligence in protecting the users’ privacy.

Ring’s launching a new security dashboard for its apps to help users control access to their cameras and manage third-party services’ access any day now (including whether or not local police departments can view footage), but whether that’ll reassure current customers or win over would-be ones remains to be seen.

We’re paying to let them watch us — Given Ring’s track record with privacy — never mind Facebook’s, with which it’s sharing information — we’re giving the company a wide berth ourselves. Ring’s selling point is meant to be the peace of mind it offers users. Instead, it makes us very anxious indeed. Like Facebook, Google and Amazon, Ring has convinced many of us to surveil ourselves and pay for the privilege.