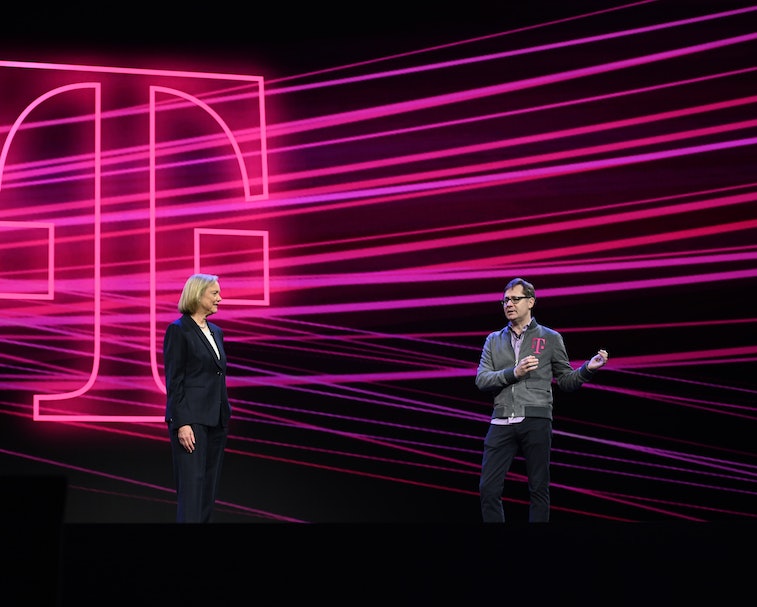 Well, it's over: T-Mobile and Sprint have completed their drawn-out merger, officially becoming what the companies are calling "The New T-Mobile." The $26 billion merger was stymied by a multi-state lawsuit and a long review process by the FCC and the Department of Justice. The combined company will serve as the third-largest wireless carrier in the United States.

Plus: a new leader — T-Mobile's long-time CEO John Legere has stepped down as part of the merger. Legere announced his departure from holding the "magenta CEO reigns" via Twitter last year.

Legere won't be out completely, though: he's planning to stay on T-Mobile's executive board through at least 2020. Legere has been widely considered the main force behind T-Mobile's success in the last decade. He was appointed CEO of the company in September 2012, after a long run as a chief executive for AT&T.

T-Mobile COO Mike Sievert will take over as CEO of the company, effective today. In T-Mobile's press release, Sievert thanked Legere for his commitment to the company.

Will the new T-Mobile be able to deliver? — T-Mobile is making big promises for the future of cellular networks in the U.S. The company hopes to offer "unmatched value to consumers, with better service at lower prices."

The merger has seen some very vocal opposition since its first announcement. Letitia James, the attorney general of New York, called it a "consumer-harming megamerger" after it was approved by the federal court.

The future of wireless service in the U.S. will be massively impacted by this merger, though consumers are unlikely to feel its effects for quite some time.