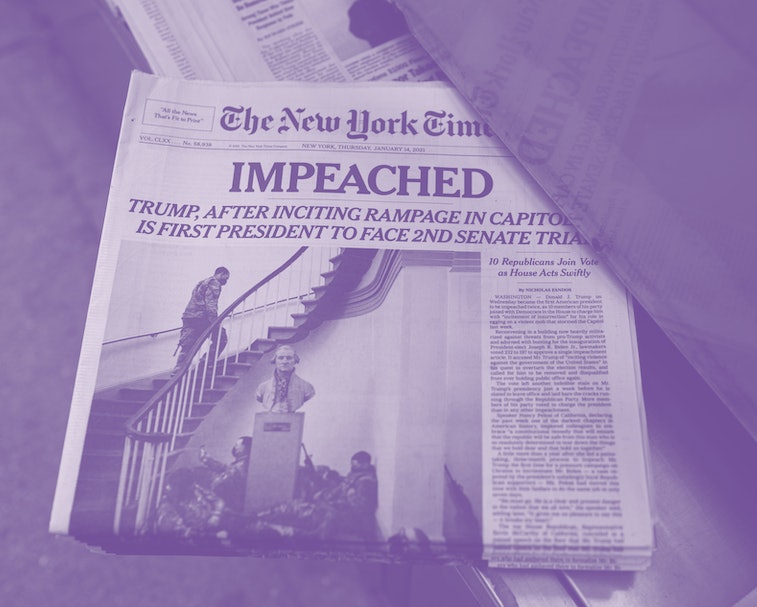 Tech workers at The New York Times have announced the formation a 650-person strong union. The storied newspaper company still has to review their request for recognition and either accept or challenge it with the National Labor Relations Board. A majority of tech workers at the Times signed cards requesting union representation.

The move comes following unionization efforts at the likes of Google, Medium, and Glitch, and signals a rise in mission-oriented tech workers serious about unionizing.

Precedence — There’s been a recent resurgence in unionization in the media industry, as workers at outlets from BuzzFeed to Vice have formed unions (Disclaimer: The author of this story is represented by the Writers Guild of America, East). Collective bargaining gives employees strength in numbers after the journalism industry has been decimated by years of instability and sudden layoffs. During the pandemic, journalism unions have been able to negotiate for fewer layoffs and enhanced severances.

Unions are nothing new in journalism, but they’re comparably rare in the technology industry. That has long made sense, as engineering is one of the most highly paid professions. It’s not unusual for a software engineer to make half a million dollars in annual compensation after only a few years out of college. And skilled engineers are in high demand, giving them leverage in the workplace.

Journalists are much more beholden to the whims of their employers as the industry has shrunk in the past decade competing with Facebook and Google for ad dollars.

So-called progressives — The Times has been a rare success story in media, staffing up on tech workers to create innovative story formats, but even tech has seen a rise in worker activism. Companies in Silicon Valley espouse progressive values and as workers disagree that they’re upholding them, they have pushed back. Workers at Facebook, for instance, last year staged a “virtual walkout” to challenge the company’s moderation decisions; engineers in the new Google union have said they want more say in the company’s decisions to accept certain types of business.

Organizing efforts contradict the Silicon Valley mantra to “move fast and break things,” which some argue would be a good thing considering all the negative unintended consequences brought about by new technologies. Unions could also raise costs.

The pandemic has served to highlight inequalities in society today as tech leaders have seen their wealth only grow as many others struggle to survive after losing a job or becoming sick from COVID-19. Critics have said tech companies aren’t doing enough to help address these problems, especially amongst their “shadow workforces” that do things like make food and drive buses. Workers at an Amazon warehouse recently lost their efforts to form a union, but the drive could inspire unionization at other warehouses. Amazon argued that the union organization was only interested in taking workers’ money, while pro-union workers said they wanted better treatment.

Kathy Zhang, a senior analytics manager at the Times, said that tech workers at the news organization are concerned about pay equity, health care costs, job security, and career advancement. They also want more say in decisions to start or stop different projects.