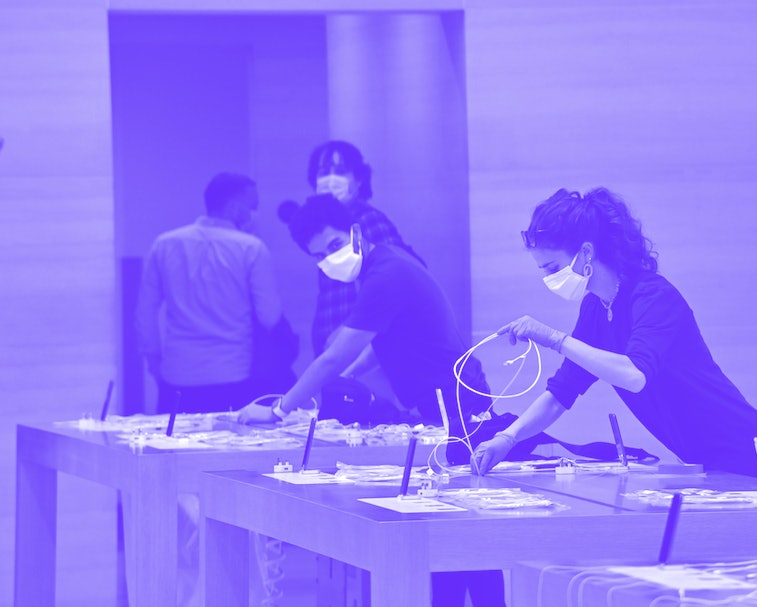 Apple is likely to stop including a free charger and pair of EarPods with the purchase of an iPhone 12, according to Ming-chi Kuo, a prominent technology analyst. Kuo even predicts that Apple will later this year remove the power adapter from the updated iPhone SE box.

According to Kuo, the change in freebies would be made to offset the cost of updating the new range of iPhones to be compatible with the 5G data range. The smaller packaging would also be more eco-friendly and save on shipping costs for Apple.

If Kuo’s predictions are correct, this would mark the end of an era for Apple. The inclusion of earbuds with Apple’s products predates even the release of the first iPhone — Apple started packaging its first headphones with the original iPod back in 2001. The move is sure to increase sales of accessories and make it more expensive for consumers to buy a new iPhone.

Slow charging is so 2019 — The removal of the power adapter is likely related to Apple’s overall push for fast charging to become the new standard for its products, according to Kuo. It would also motivate users to purchase the still-mysterious AirPower wireless charging option once that’s gone to market.

Right now the iPhone 11 and SE come with a standard 5W USB-A adapter, while the 11 Pro and 11 Max are packaged with an 18W USB-C adapter. Apple is rumored to be ending production of both of those varieties by the end of 2020, instead switching to production of a new 20W power adapter to allow for faster charging on all of its devices.

Plus: new iPads? — Kuo’s latest market analysis also predicts the release of two new iPads in the near future. He believes a 10.8-inch iPad will be released some time this year, with an 8.5-inch iPad mini coming to market in the first half of 2021. Notably, Kuo expects both new iPads to come packaged with the fast-charging 20W power adapter.

Less accessible than ever — Apple is really not making it easy for new iPhone owners to enjoy their purchase — especially if you’re working on a budget.

Buying a new iPhone is already a hefty financial investment for many, and now consumers will need to purchase a power adapter along with the phone if they hope to charge it without the help of a laptop. Consumers also won’t really be able to listen to music or any other audio without purchasing a pair of AirPods or EarPods.

If Kuo’s predictions are correct, Apple’s renewed stinginess will likely increase sales of accessories like AirPods and charging adapters. But it will also make it even more difficult for first-time iPhone buyers to get settled with their new phones.