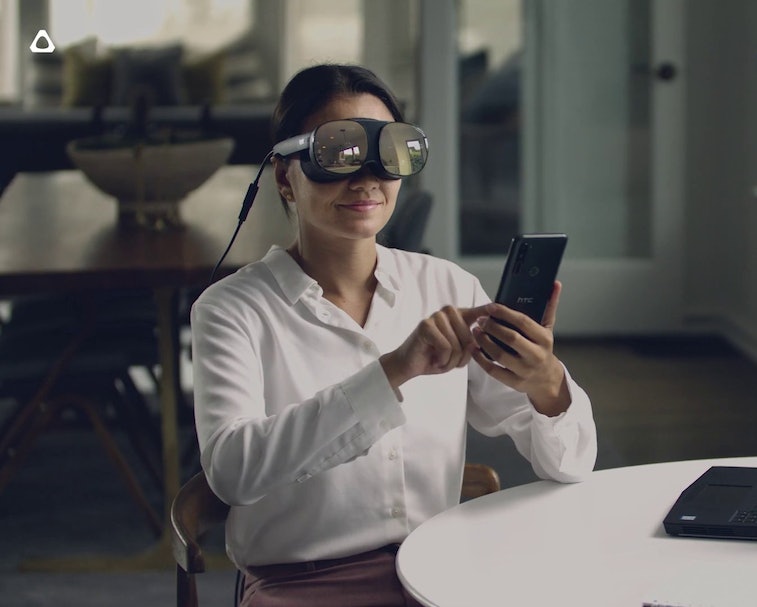 Images of HTC’s next-gen Vive VR headset have leaked ahead of the company’s official announcement, thanks to internet fav Evan Blass. The new Vive Flow will reportedly retail at $499 and start shipping as soon as next month. HTC is expected to officially announce the headset at its October 14 event, which will take place in the company’s Engage platform.

HTC has had a lot of trouble keeping the Vive Flow under wraps. Small details of the new headset have been leaking since late summer, and earlier this week Protocol spotted more evidence of the forthcoming headset in the form of documents published by the Bluetooth SIG consortium. Even before the latest leak, the launch of a standalone HTC headset had all but been confirmed.

Blass’s leak is extensive. Somehow he ended up with more than two dozen official HTC lifestyle and product images of the Vive Flow. The images reveal basically everything we need to know about the new headset: It’s an all-in-one device, it’s being marketed as a media-viewing headset, and it will make you look like a giant housefly.

A full-featured standalone — These images from Blass confirm all the details leakers have been posting since August. The Vive Flow is, indeed, an all-in-one headset, which means consumers won’t need to connect it to a computer at all. A couple of the images show users controlling the headset wirelessly from a smartphone. Standalone headsets are very in right now; Valve is reportedly working on one, too. (There is some sort of wire trailing out from behind the device, but it’s unclear from these images what it will be used for.)

HTC is definitely pushing the Vive Flow as a multimedia device rather than a gaming one. The leaked images are full of people wearing the headset while lounging on the couch, meditating, and lying in bed. The headset’s design is primed for this kind of casual viewing experience, with a dual-hinge system, snap-on face cushion, and an active cooling system.

It’s Facebook’s game to lose — HTC’s virtual reality gig has, until now, focused on high-end processing power for gaming purposes. The Vive Flow will be the company’s first real shot at making a more affordable entry-level headset — though at $499 it’s still a full $200 more than Facebook’s über-popular Oculus 2.

The Vive Flow is unlike anything HTC has done in the consumer VR space before, and it will definitely be an uphill battle against Facebook’s best-selling Oculus Quest 2. In many ways the devices are similar, but HTC’s vision here is totally unlike what Facebook markets for the Quest. There isn’t really a device on the market for simple multimedia viewing — but will consumers be willing to pay $499 for that experience?

We’ll likely hear much more about the Vive Flow at tomorrow’s HTC event. The headset is expected to be available for pre-order beginning on October 14 as well.